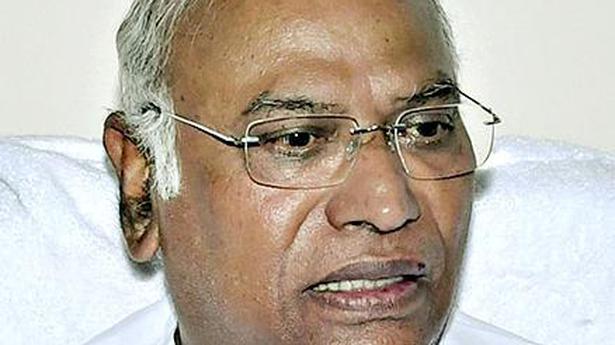 “We needed a sector-wise plan and the government had 62 days of lockdown to plan for this. Sectors like tourism, hospitality, airlines, transport, retail, restaurants, construction needed very specific measures, given they employ large numbers of people. But, it is clear from the measures announced last week that the government has either no sense of the crisis or has plainly refused to address it to revive the economy,” Mr. Kharge said in a statement.

He said the Indian economy has gone from “slowdown to complete shut down” mode.

“An announcement made by the Prime Minister of the country should be made with a lot of deliberation and seriousness, especially during such an unprecedented crisis. The so-called ₹20 lakh crore economic package has now been analysed by experts and its total cost works out to less than 1% of the GDP,” he added.

“The relief package and press conferences have not only exposed the apathy of the government towards migrant workers but also its arrogance and hypocrisy,” Mr. Kharge said.

“Today, the agriculture sector is the only bright spot, which is expected to grow at 3% when the GDP for the 2nd quarter is expected to fall by as much as 45%,” he added.