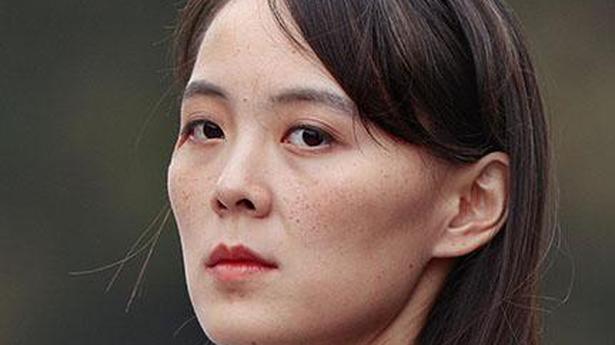 The powerful sister of North Korean leader Kim Jong-un said on Friday there was “no need” for another summit with the U.S. unless Washington offered a “decisive change” in approach.

Mr. Kim and U.S. President Donald Trump first met in Singapore two years ago but talks over Pyongyang’s nuclear arsenal have been stalled since their Hanoi summit collapsed in 2019. Mr. Trump said this week he would “certainly” meet with Mr. Kim again “if I thought it was going to be helpful”, after speculation that he might pursue another summit if it could help his re-election chances.

But in a statement carried by the Korean Central News Agency, Kim Yo Jong said: “There is no need for us to sit across with the U.S. right now.” If a summit was held, she said, “it is too obvious that it will only be used as boring boasting coming from someone’s pride”.

Denuclearisation, she added, was “not possible at this point”, and could only happen alongside parallel “irreversible simultaneous major steps” by the other side — which she emphasised did not refer to sanctions lifting.

Animals ‘dying of hunger and thirst’ in Pantanal fires