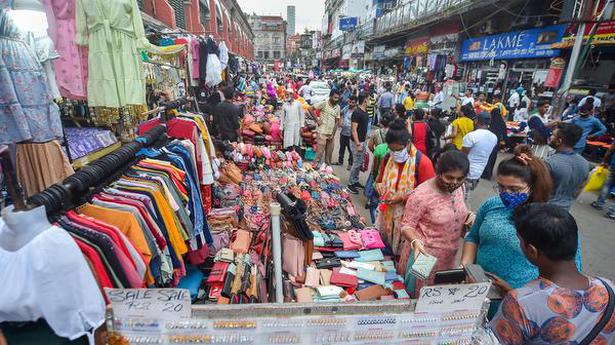 How bad is the COVID-19 situation going to get — this question appears to be uppermost on the minds of many people in Kolkata, where the healthcare system is under strain at a time when the city is all set to open up for festivities.

On October 15, theatres across the city and rest of West Bengal will open. As many as 12 Bengali films — perhaps the highest ever — are set to be released on that day. While a few of them were intended for a Puja release, a few others were supposed to be released earlier but could not be because of the lockdown. Theatres, of course, will have to follow procedures — only 50% occupancy, staggered shows, audience giving their phone number for contract tracing, and so on — but people would still be at risk.

The opening of the theatres will be followed by Durga Puja, which is barely two weeks away, and since the State Government has given its go-ahead for the celebrations to be held — albeit with some restrictions — people are now out shopping. A recent picture from the well-known footwear store, Sreeleathers, is being shared widely on social media: it can be seen packed with shoppers.

The scene is hardly different in other well-known stores where shoppers traditionally flock before Puja. If one were to discount the masks — which, in most cases, either sit below the nose or under the chin — it would seem life is normal.

The scene, however, is very different in hospitals. There is even panic in some places, such as the iconic Medical College on College Street. On Tuesday, its principal sent an SOS to the Director of Health Services, urgently asking for more doctors.

“Presently, 26 post-graduate trainees including 12 faculty members have tested positive for COVID-19 and are either quarantined or undergoing treatment. As such, the Medical College is facing an acute shortage of doctors with the enhancement of 100 beds. Hence [I request] you to post/detail senior residents with specialisation in MD (medicine), preferably ex-students of this institution, to cater effective and adequate care to patients admitted [here],” the principal wrote.

Said Dr. Punyabrata Gun, convenor of West Bengal Doctors’ Forum: “So many doctors getting infected is a serious matter. It becomes more serious as we are anticipating a manifold rise in the number of cases after Durga Puja. There will be acute shortage of human resources.”

According to him, the situation had almost come under control in Kolkata, with the numbers dropping in the city but rising in the districts, but after Mahalaya and Vishwakarma Puja, the graph climbed up again. “We fear the number of cases will again rise after Puja,” Dr. Gun said.