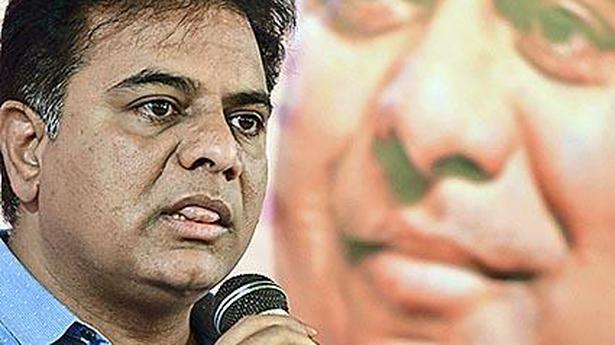 He directed the officials to divide the city into four zones, and prepare reports about the existing roads in each zone, roads to be constructed or widened in accordance with future needs.

Addressing a review meeting on the ongoing SRDP works in the city, Mr.Rama Rao felt that there was a need to take up road widening and construction of new roads as per Master Plan.

He asked the officials to include plans for development of junctions, bus bays, toilets, and other facilities in the reports, which should be ready within a month.

He asked GHMC commissioner D. S. Lokesh Kumar to ensure that every 100 feet road in the city had median, and greenery on the median.

The Minister reviewed the ongoing works for grid roads, radial roads, missing link roads and slip roads in the city. Officials informed him that the 23 link roads taken up in the first phase were likely to be completed by the month-end.

GHMC engineering officials informed Mr. Rama Rao that the Comprehensive Road Maintenance Programme by which the road maintenance had been handed over to private agencies for five years, yielded good results. During the last month, despite 50% excessive rainfall, complaints with regard to road damage had been minimal, they said.

Road re-carpeting works was almost completed as stipulated under the CRMP for the current year, and henceforth, attention would be shifted to footpaths, medians and sanitation management, they said.