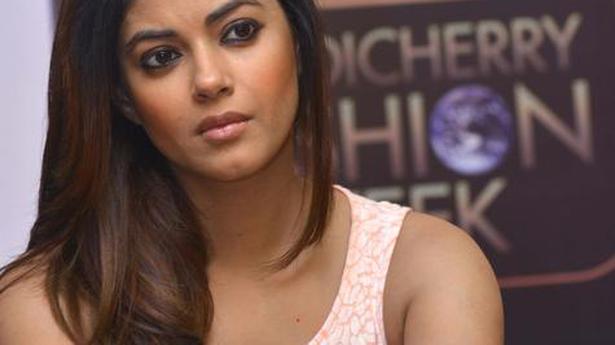 In a tweet he said, ‘Ma’m, I have requested @TelanganaDGP and @CPHydCity to take stern action as per law based on your complaint’.

Earlier, the actor tweeted accusing the fans of Jr. NTR of abusing and threatening her with rape and murder for her remarks in an interaction with fans that she likes Mahesh Babu in Tollywood and she doesn’t know Jr. NTR. The actor tagged Mr. Rao and former MP Kalvakuntla Kavitha.

Ms. Chopra tweeted saying: I have been abused of gangrape, acidattack, cyberbullied and slutshamed by your state.’ The Hyderabad police had already filed a case under Section 506 and 509 of the IPC after the actor complained of the trolling and online bullying.

Jr. NTR’s fans apparently got annoyed after she said in an online interaction with fans that she has special admiration for Mahesh Babu.

To another question on Jr. NTR, she replied saying she never worked with him and she was not his fan. This apparently angered the fans who started trolling with highly objectionable content.

Ms. Chopra was also shocked that Jr. NTR did not intervene to urge his fans to stop the harassment forcing her to lodge a police complaint. The actor argued that what was wrong in her opinion and the trolling was uncouth.

Meera Chopra, who made her debut in Telugu with Pawan Kalyan in Bangaram in 2006, felt that Jr. NTR should have responded to contain his fans when a woman was attacked for no fault of her. A big star like NTR with a huge fan following base should use his influence positively, she felt.