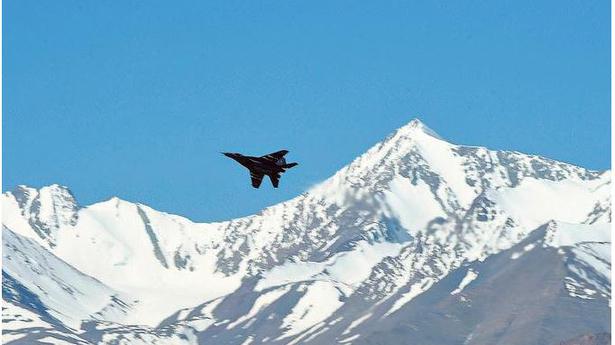 As the second round of Corps Commander level talks was held on Monday to resolve differences on the disputed India-China boundary, there were reports of a Chinese troop build-up at Pangong Tso in Eastern Ladakh.

The first round of Corps Commander talks on June 6 resulted in an important understanding for limited disengagement but the consensus was breached after Indian troops were attacked on June 15 during the “de-escalation” process, resulting in the death of 20 Indian soldiers, including a Colonel.

The Monday meeting was held at Moldo on the Chinese side opposite Chushul, a defence source said. The Indian side was led by Lieutenant General Harinder Singh, General Officer Commanding of the Leh based 14 Corps and the Chinese side by Major General Liu Lin, Commander of the South Xinjiang Military District.

However, details of the talks were not known as they went on for several hours till late evening. They are aimed at reducing tensions, continuing the disengagement agreed earlier and restoring the status quo ante prior to May 5 along the Line of Actual Control (LAC). On June 6, both sides mutually identified five locations of conflict- Patrolling Point(PP) 14, 15, 17A, North bank of Pangong Tso and Chushul.

Though tensions escalated at Galwan last week, Pangong Tso area remains the most contentious issue. According to satellite images made available on Twitter by Nathan Ruser, researcher at the Australian Strategic Policy Institute, an independent think tank based in Canberra, China, which has moved up to Finger 4 since the beginning of the stand-off in May, has now undertaken a major build-up between Finger 4 and Finger 8 and also on the ridge lines overlooking Finger 4.

India holds till Finger 4, the mountain spurs, while its claim is till Finger 8. Defence sources had stated that Pangong Tso will take time to resolve and would be taken up at the Corps Commander level.

Spokesperson of China’s Ministry of Foreign Affairs Zhao Lijian declined to respond to Gen. V.K. Singh’s (retd.) comments that China has lost more than 40 soldiers in the Galwan incident.

“I have no information to release on that,” Mr. Zhao said in response to questions. China and India were in communication with each other to resolve the situation on the ground through diplomatic and military channels, he added.

Separately, in the national capital, the Phase-II of the Army Commanders Conference (ACC) got under way. The biannual ACC was postponed in April due to the COVID-19 pandemic and subsequently the first phase was held from May 27 to 29. “ACC-20 is being conducted on June 22-23 to review the operational situation on both the Northern and Western Fronts,” the Army said on Twitter.