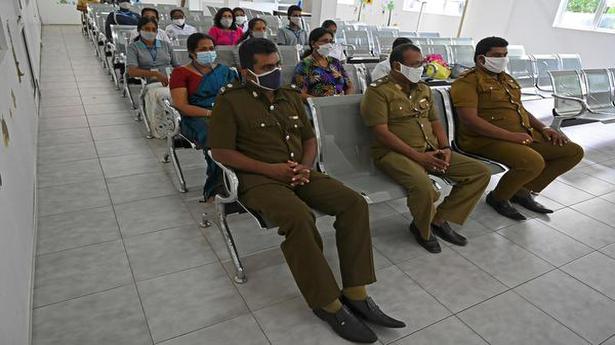 The Election Commission of Sri Lanka is “closely monitoring” the situation following a recent spike in coronavirus cases, and “hopes and prays” that the general election — that were postponed earlier — could be conducted on August 5 as scheduled, its Chairman said.

Postal voting for the island nation’s parliamentary election began on Monday — with some 700,000 officials eligible to vote — amid heightened security, after health authorities reported a spike in COVID-19 cases on Friday.

Nearly 500 persons at a drug rehabilitation centre in the North Central Province have since tested positive, prompting health officials to trace their contacts and test them.

The government, keen on “preventing a second wave”, is yet to comment on the source of these infections — after Sri Lanka contained the spread of the virus — while senior doctors flagged a risk of community transmission.

Sri Lanka’s parliamentary election — conducted at an estimated cost over LKR 5 billion — will enable voters to directly elect 196 MPs to the 225-member legislature, and 29 others through the National List, through a proportional representation system of voting.

“We are closely monitoring the situation,” Commission Chairman Mahinda Deshapriya told The Hindu on Monday. Asked if there was provision to postpone the polls after postal voting has begun, should the need arise, he said: “Provision is there, but we hope and pray not to use it. We have already postponed the elections by more than 100 days [from original date of April 25]. The important thing is that politicians and general public must obey health guidelines.”

With the recent increase in coronavirus cases, schools that had only recently reopened have shut again, while the ruling Sri Lanka Podujana Peramuna (SLPP or People’s Party) suspended its rallies for three days. Former Prime Minister Ranil Wickremesinghe, contesting polls from the opposition United National Party (UNP), has called for a postponement of polls, local media reported.