Home Cities Bengaluru Learning about climate change from a pandemic 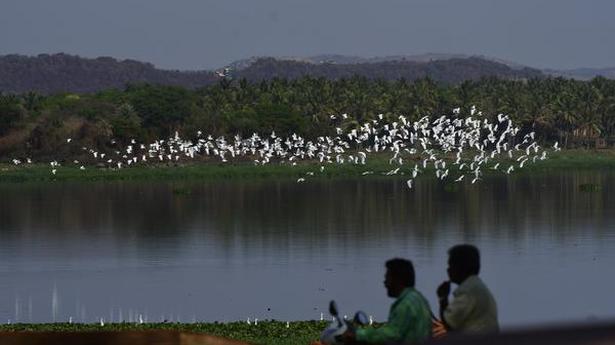 As the novel coronavirus continues its rampage, scientists have warned that the threat posed by new bacteria and viruses cannot be taken lightly anymore. And climate change, they say, is likely to throw up more such unpleasant surprises.

S.K. Satheesh, professor, Centre for Atmospheric and Oceanic Sciences, IISc., and Infosys Prize 2018 winner, told The Hindu that it is known that climatic conditions affect epidemic diseases. “Studies have shown that the sudden changes in temperature and increased number of extreme weather events provide an ideal breeding ground conducive to virus modification and the emergence of infectious diseases. Climate change is the most likely reason for the changes in infectious disease transmission patterns,” he said.

In addition to this, a “combination of rapid urbanisation and deforestation” increases the chances of a zoonotic virus jumping from animals to human beings, Prof. Srinivasan said, referring to higher chances of transmission as there is more interaction between humans and wild animals on account of deforestation because of increasing population. “Urbanisation and air travel allow the virus to spread rapidly,” he added.

Shikha Lakhanpal, Fellow, Climate Change Mitigation and Development, Ashoka Trust for Research in Ecology and Environment, said the COVID-19 pandemic and the dangers of climate change parallel one another in significant ways. “In the case of the virus, the danger is overburdening our healthcare systems and the final collapse of the health-based infrastructure; in the case of climate change, the danger is that the tremendous growth in emissions will severely overwhelm our ability to respond to and manage disasters such as flood, drought, and other extreme events,” she said.

“One of the biggest lessons from the pandemic that we can apply to climate change is that we are only as safe as our most vulnerable populations. The impoverished, the elderly, and the marginalised have fewer resources at their disposal and are at increased risk of contracting the virus. In the case of climate change, the more vulnerable populations and their livelihoods need to be protected first and climate risk for them has to be mitigated on a significantly urgent basis,” she said, advocating a change in consumption patterns such as fewer international flights, remote teleconferencing and other measures to reduce global carbon emissions.

Prof. Satheesh said, “The lockdown has resulted in improved air quality and water quality in rivers and lakes. However, it has been reported that after the partial lifting of the lockdown, some of these positive effects have started disappearing. The sources and the impact of air pollution are immediate and local. Therefore, we can take up local action to mitigate the impact of particulate air pollution.”

However, he added that reducing economic growth was not the pathway to achieving climate goals. “In India, we still have large numbers of people living below the poverty line; continued economic growth and development is critical. Climate goals have to be achieved by sustainable growth and conscious mitigation efforts such as energy decarbonisation, reforestation, improved and well-planned land use and so on, besides adequate planning for climate adaptation. It is possible to create better models for sustainable development that balance profit and biodiversity by assigning appropriate monetary value to the ecosystem and the services they provide for the economy,” he said.