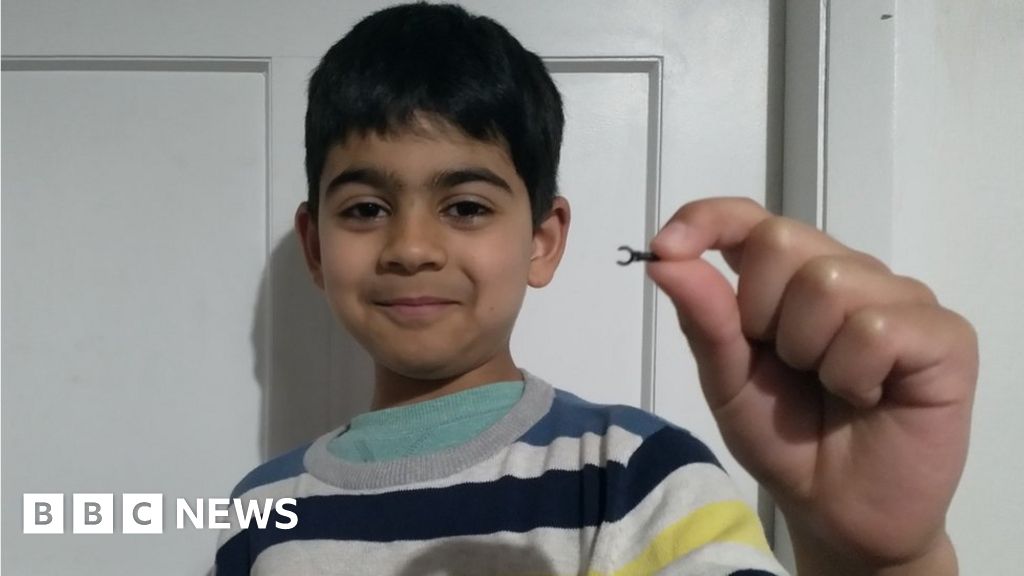 A toy hand from a Lego set has come out of a boy’s nose two years after it got stuck up there.

Samir Anwar, from Dunedin on New Zealand’s South Island was playing with the Lego piece in 2018 when he put it up his nostril.

His dad Mudassir shone a torch up Samir’s nose at the time but couldn’t see it.

The GP told the family it would quickly find it’s way out naturally through his body, but it didn’t.

“Since then we were pretty confident that he didn’t have anything in his nose,” Mudassir tells Newsbeat.

However Samir wasn’t so certain that the hand from his Lego set had made its way out the other side.

His dad says he was complaining in the days after: “He was saying ‘no, there is something in my nose’.”

But two years on the family had assumed it had passed through his system.

Then this week Samir was out with his family having a muffin with some fairy dust on the top that agitated his nose.

According to his father: “He started getting anxious again and we said to him just go and blow your nose. So he did.”

That’s when he says the black Lego hand came out into the tissue, leaving them all really surprised.

“We were shocked, his eyes were wide open and he was like, I found the Lego, I kept telling you that it was there, but you were saying that it was not.”

Today Samir has been to the doctor once more and has been told for the second and hopefully final time, that he has the all-clear.

“I was surprised and a bit scared,” Samir tells Newsbeat, adding he is still a massive Lego fan and that he’s impressed that the piece had stayed intact.

There is guidance if something similar ever happens to you. The NHS advises parents to take children to a minor injuries unit, rather than try and take out foreign objects from children’s noses, in case it pushes them further up.

Explained: U.S. says U.N. sanctions on Iran have now been reimposed. What does that mean?