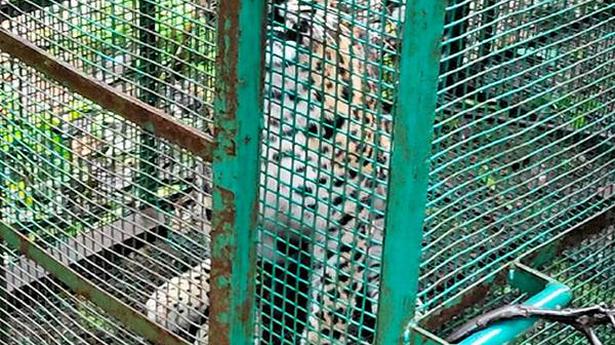 A leopardess fell into a trap laid by Forest Department officials at Santhoor village, near Padubidri in Udupi district, in the early hours on Friday. According to Clifford Lobo, Range Forest Officer, Udupi, the big cat which was caught was about four years old.

There were some complaints of it being sighted in the surroundings of Palimaru and Santhoor villages and attacking some domestic dogs and killing them.

The trap to capture it had been laid two days ago.

It was released in the Western Ghats later in the day, he said.