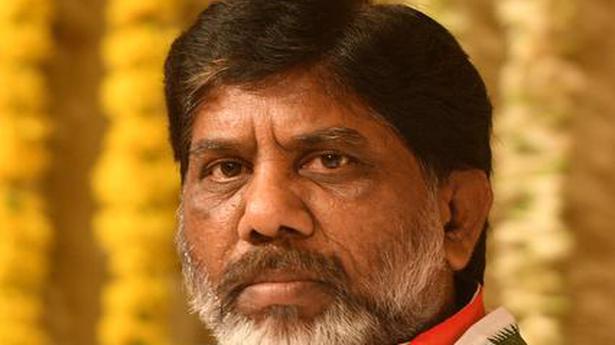 Congress Legislature Party (CLP) Leader Bhatti Vikramarka said his two-day visit to the 2 BHK house sites had exposed the hollowness of the government’s claims of constructing one lakh 2 BHK unis as all they could show was 3,428 houses in GHMC limits.

Speaking to reporters, he claimed that his purpose of exposing the government was fulfilled and now people understood how they were being hoodwinked with the same houses being shown in different elections. “The Ministers left midway after challenging me and that itself was an indication of their frustration over their lies being exposed,” he claimed.

Mr. Vikramarka also showed the video clippings of the Ministers’ statements in the Assembly various times. He said the one lakh-2BHK promise was made in the last GHMC elections and it continued even after five years.

He said as per the claims of the government GHMC should have 96,000 houses. But Animal Husbandry Minister Talasani Srinivas Yadav had shown him 2,016 houses in Tukkuguda and 6,240 in Nagaram municipalities. These houses were promised to the locals during municipal elections. Even locals were objecting and opposing the allocation to outsiders, he said, questioning the point in showing them.

Mr Bhatti claimed that this entire exercise of the ruling party was with GHMC elections in mind rather than fulfulling the promises.

AICC spokesperson Sravan Dasoju claimed that the government had received 16 lakh applications for 2 BHK units in GHMC limits and all it could construct was 3,426 houses.