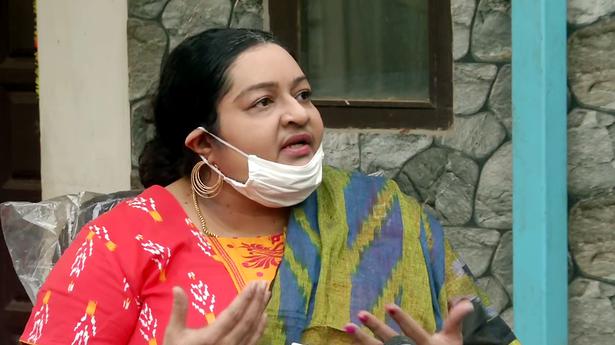 The Madras High Court on Friday ordered removal of the term ‘Class II’ heirs from order passed by it on May 28 declaring former Chief Minister Jayalalithaa’s nephew J. Deepak and niece J. Deepa as her legal heirs.

This is because classification of legal heirs as Class I and Class II under the Hindu Succession Act of 1956 would apply only to heirs of a male Hindu who died intestate.

In its clarificatory order, a Division Bench of Justices N. Kirubakaran and Abdul Quddhose pointed out that Mr. Deepak claimed to be the legal heir of the former Chief Minister under Entry IV Class II of the 1956 Act. Therefore, in Wednesday’s court order, it was inadvertently stated that he and his sister had become the legal heirs of their aunt under Entry IV Class II.

The Bench held the siblings would actually be entitled to inherit all self-acquired properties of their aunt as per Section 15(1) (d) of the Act.

They would also be entitled to other properties, which had been inherited by their aunt from her parents in terms of Section 15(2) (a) of the Act.

The Act, basically, classifies inheritors under Class I and Class II in a Schedule appended to the Act only with respect to properties left behind by a male Hindu dying intestate. Section 8 of the Act states that properties of a male Hindu dying intestate shall devolve firstly upon the heirs specified in Class I of the Schedule and secondly upon those specified in Class II if there were no Class I heirs.

In so far as self-acquired properties left behind by a female Hindu, who died intestate, was concerned, Section 15(1) of the Act states that they shall devolve firstly upon her sons and daughters (including the children of any predeceased son or daughter) and the husband. Secondly, they would devolve upon heirs of the husband and thirdly upon the mother and father.

Only if none of such people were available, the properties would fourthly devolve upon the heirs of the father as per Section 15(1) (d) of the Act.

Since Mr. Deepak and his sister were the children of Jayalalithaa’s brother J. Jayakumar (who predeceased her), the siblings would be entitled to inherit her self-acquired properties in terms of Section 15((1)(d), the Bench held.

Further, Section 15(2) (a) of the Act states that any property inherited by a female Hindu from her father or mother shall devolve, in the absence of any son or daughter of the deceased (including the children of any predeceased son or daughter) not upon the other heirs in the order specified in Section 15(1) but upon the heirs of the father.

Also read | T.N. may go ahead with setting up Jaya memorial foundation

Therefore, properties such as Veda Nilayam, the Poes Garden residence of Jayalalithaa in Chennai, which she had inherited by way of Will executed by her mother Sandhya alias Vedha Jayaram in 1971, would also go to Mr. Deepak and Ms. Deepa since they were the children of Jayakumar, who was one of the legal heirs of Jayalalithaa’s father, the court ruled.