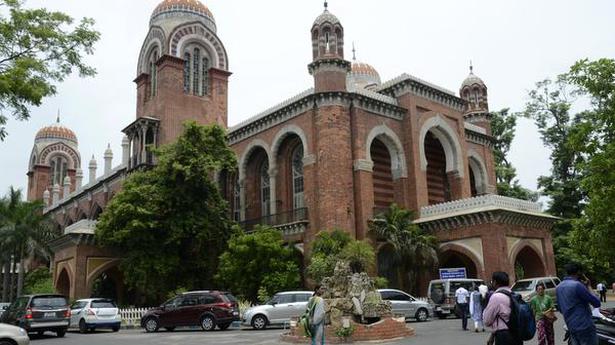 The first day of online exams for final year end-semester students of the University of Madras on Monday was marred by technical glitches.

Another student from a college in Chromepet, who also faced the same difficulty, said the link http://exam.unom.ac.in/unomonlineexam/UnomOnlineExam/login did not open. Later his college forwarded the question paper to him.

The University decided to offer online exams, following instructions from the State government and the University Grants Commission, to prevent the spread of COVID-19 infection. Students could log in from their home and take the test. Around 60,000 students will be taking exams each day for five days from Monday.

University registrar M. Srinivasan said the problem was on the side of the service provider, BSNL, which had slowed down significantly during the crucial period. When the University held mock test two days ago its test site had received 24 lakh hits, he pointed out.

The official said the students had an hour’s time to download the question paper and could have waited for some time. “The University had bought two 200 MBPS lines for the purpose. One was dedicated for B.Com students alone,” he added.