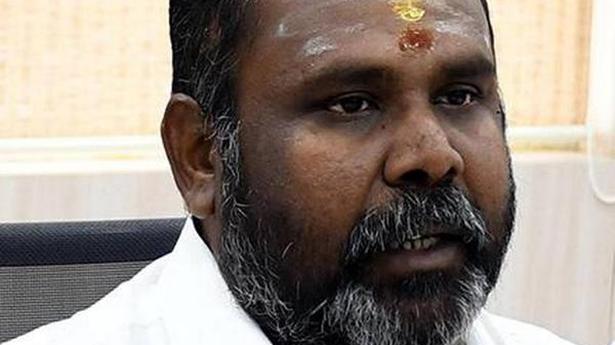 State Revenue Minister R.B. Udhayakumar on Monday said that a representation has been sent to Tamil Nadu Chief Minister Edappadi K. Palaniswami to announce Madurai as the State’s second capital and he will take a final call.

In a statement, Mr. Udhayakumar said the request was made on behalf of the people in southern Tamil Nadu.

“We have made a request as representatives of people from southern Tamil Nadu. Chief Minister is looking into the matter and will decide on it,” he said.

On Centre’s directive to abolish the e-pass system, Mr. Udhayakumar said, “The Chief Secretary of Tamil Nadu has set up a committee which is looking into it. Based on the committee’s recommendations, the Chief Minister will take a decision.”

The Minister said the monsoon had been providing rainfall since June and around 252 mm rainfall had been recorded in the State.

“This is 28% more than what was recorded last year. Vellore district has recorded the highest rainfall of 52.93 mm on August 23,” he said.

IPL 2020: Uthappa accidentally applies saliva on the ball against KKR...