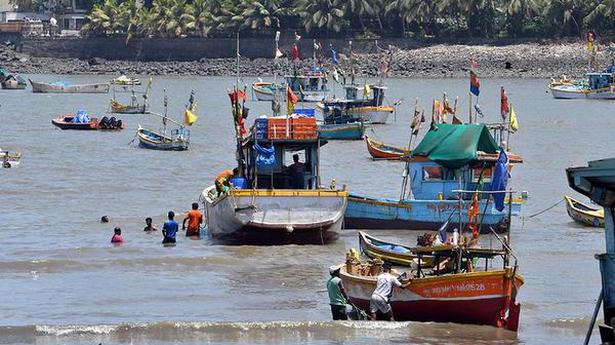 A low pressure area in the west central Arabian Sea is likely to become a depression and bring pre-monsoon showers to coastal areas of Maharashtra in the first week of June.

Fishermen have already been advised not to venture into the sea. The India Meteorological Department (IMD) has forecast very light to light rain on Monday for Mumbai, Thane, and Palghar. The forecast for Tuesday for these three cities will be light to moderate rain and rain or thundershowers for Wednesday.

The arrival date for monsoon in Kerala is around June 1 every year and in Maharashtra around June 10. However, last year, monsoon was unusually late in Mumbai, arriving at June 25.

A statement issued by the IMD said a low pressure area is likely to form over southeast and adjoining east central Arabian Sea from May 31 to June 4. “In view of this, conditions are very likely to become favourable from June 1 for onset of southwest monsoon over Kerala,” the IMD said.

There is another low pressure area forming over west central Arabian Sea. It is very likely to turn into a depression over the same region in the next 48 hours. This weather system will move towards Oman and East Yemen coast in the next three days, the released said. Fishermen have already been advised not to venture into the sea. This weather system will give light to moderate pre-monsoon showers in Mumbai and rest of Maharashtra.

Explaining the phenomenon, Mahesh Palawat, vice-president, meteorology and climate change at Skymet, said, “The earlier weather system over southeast Arabian Sea is passing towards Oman without affecting Indian subcontinent. The low pressure area over west central Arabian Sea will become well marked and further intensify into a deep depression by June 1. It will move from coastal Karnataka towards Maharashtra and weaken by the time it reaches coastal Gujarat.”

According to Mr. Palawat, the weather system will give up to moderate (up to 30-40mm) pre-monsoon rainfall in the coast of Maharashtra between June 2 and 4, even leading to waterlogging at a few places. The pre-monsoon showers will give respite from the heat. So far, the IMD has not issued any warning for Maharashtra. Skymet has forecast onset of monsoon in Kerala on Saturday and for Mumbai around June 10.

After Arun Jaitley, none in BJP understands psyche of Punjab: SAD...