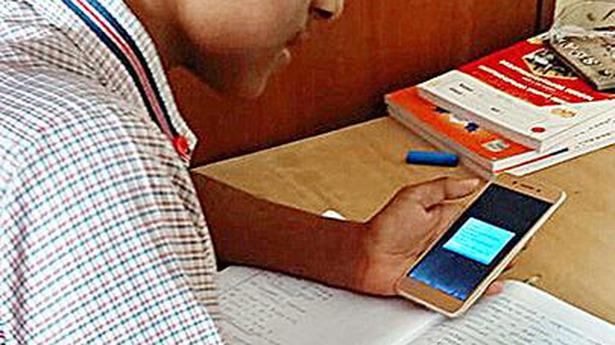 Resuming the hearing of a PIL plea challenging the action of private schools holding online classes to students, a bench of Chief Justice Raghvendra Singh Chauhan and Justice B. Vijaysen Reddy observed that the government was making contradictory statements on the matter. On one hand the State government said it had not permitted private schools to convene classes online and on the other it maintained that the Centre had issued guidelines permitting online classes for school students.

If the Centre’s decision was binding on the State on the issue of online classes, then what was the point in claiming that it was not permitting private schools to do so, the bench sought to know. Special government Pleader Sanjeev Kumar told the bench that the State government’s policy on the issue was under preparation. The bench asked the SGP how much time the government would require to finalise the policy. The SGP replied that in 10 days the government would issue notification on the matter. Referring to the SGP’s statement that the academic year for 2020-21 for schools had not yet begun, the bench said the government’s stand on the whole issue was unclear.

“It is like BCCI deciding not to permit a cricket match and yet you want one of the players to hit a sixer in the first over,” the CJ remarked. Lawyer Adinarayana Rao, appearing for private schools following Central board curriculum, said syllabus and subjects were cut down for online classes. Wondering how primary school students would focus on online classes, the bench asked the lawyer what would be ‘attention span’ of a first standard student in online class. The lawyer said it was the parents’ responsibility to ensure the students paid attention to online classes. “When grown up children are not listening to the parents, will kids of primary school follow parents’ advisory?” the bench remarked.

It would be better to give a comic book to the student instead of compelling him to attend online classes not connected to their syllabus, the bench said.