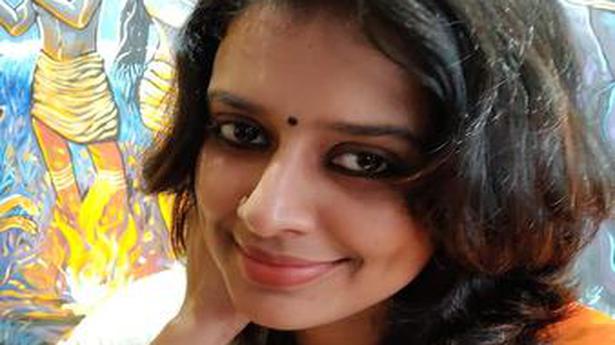 Minimalistic visuals of piping hot black tea steaming the sides of a glass into which it is poured, Sithara’s voice, Muhsin’s lyrics and notes of the harmonium seamlessly blend in this track that has gone viral on social media.

“Muhsin calls it a pain-killer song,” laughs Sithara. “There is uncertainty around us now because of the lockdown and that has brought in an uneasiness that can’t be explained. There is a sense of desolation and it is this state of mind that Muhsin has addressed through his lines,” she adds.

Muhsin says the song is about that “undefined grief” that has engulfed us during the COVID-19 lockdown. “I have imagined a situation where ‘grief’, sitting on a couch next to us, is in conversation with us over a cup of tea,” explains Muhsin. “I enjoy my glasses of black tea, especially in the company of my friends. Also, it is something that keeps me active when I work late at night,” says the director of the film, KL-10 Pathu and the progressive music videos, Native Bappa and Funeral of a Native Son. Co-scenarist of the films Sudani from Nigeria and Virus, Muhsin has written lyrics for the films Thamaasha, Virus and the upcoming release, Halaal Love Story.

Sithara mentions that it was easy for her to connect with Muhsin’s concept. “It was among the many songs he had sent me. Since both of us are from Malabar, I am familiar with the dialect he has used. However, this is not the beat he had in mind for the song. I have promised to do it the way he wants it once the lockdown is lifted, with members of my band, Project Malabaricus,” she says.

The video has been shot by composer Gopi Sundar at Sithara’s café, Edam, in Kochi. “It was Muhsin’s suggestion to use black tea in the video. But I didn’t want to be in the frame and was wondering how to go about it. That’s when Gopi chettan, who happened to be at the café, helped me out. It has come out really well,” she concludes. While Srinath Nair has played the harmonium, Sithara and Aswin Krishna have done the editing.