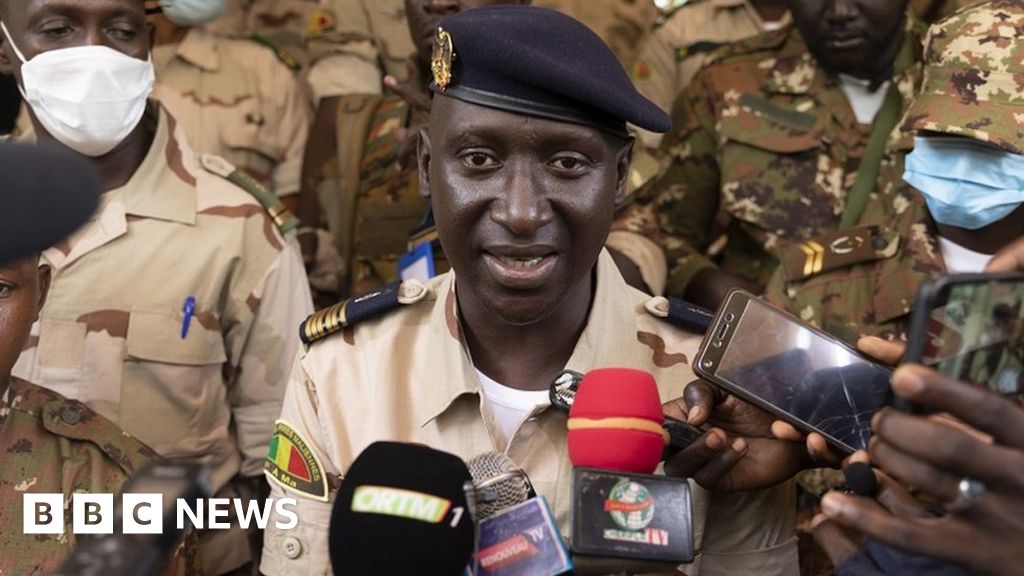 Talks in Mali aimed at resolving the political situation in the aftermath of last week’s coup have ended without agreement.

West African leaders have said that the deposed President, Ibrahim Boubacar Keïta, should be reinstated.

But envoys from regional body Ecowas failed to convince Mali’s military leaders that this was the way forward.

Mr Keïta faced huge street protests before his overthrow and many in Mali have welcomed his removal.

Military spokesman Col Ismael Wague is quoted by the Reuters news agency as saying after the talks ended that the final decision on any interim administration would be made by Malians.

But the idea that Mr Keïta could return to power may have been scuppered by the man himself, AFP news agency reports.

It quotes separate statements from the two sides saying that the president, who has been in detention since the coup last Tuesday, no longer wished to return to office.

The mediation team – led by Nigeria’s former President Goodluck Jonathan – will now report to regional heads of state on the progress made, Col Wague is quoted as saying.

The talks began with a brief session on Saturday and then continued through both Sunday and Monday.

At the end of Sunday’s session Mr Jonathan said: “We have reached a number of agreements but we have not reached agreement on all the issues.”

Last week, thousands took to the streets of the capital, Bamako, to celebrate the coup, which sparked global condemnation.

Mr Keïta won a second term in elections in 2018, but since June has faced large demonstrations over corruption, mismanagement of the economy and disputed legislative elections.

There has also been anger among troops about pay and the conflict with militant jihadists in the north of the country, which has seen scores of soldiers killed in the past year.

US city warned over brain-eating microbe in water

US city warned over brain-eating microbe in water