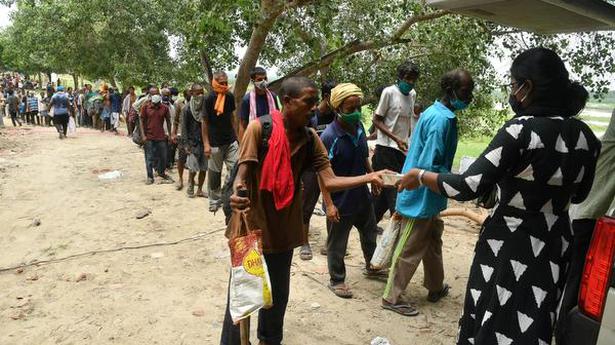 As many as 1,113 new COVID-19 cases were reported in Delhi in the past 24 hours, taking the total number of cases to 1,48,504, according to a health bulletin released by the Delhi government on Wednesday.

Also, 14 more deaths have been reported, taking the total number of deaths to 4,153.

The number of people admitted in hospitals has gone up by a small margin during the past four days — from 3,058 to 3,351— whereas the number of active cases has gone up steadily over the past two days in a row from 10,346 to 10,946. Both figures had dropped considerably in July.

However, the number of new cases has been less than 1,500 for the past 27 consecutive days, which is less compared to June. On June 23, daily new cases touched almost 4,000 – highest so far – and since then it has been dropping.

Of the total 18,894 tests done in the past 24 hours, over 65% were rapid antigen tests, which have shown a low positivity compared to RT-PCR tests.

The positivity rate, which is the percentage of people who test positive, has also dropped from 12.2% to 5.8% compared to July 1.

The number of containment zones in the city was 523 as on Wednesday.