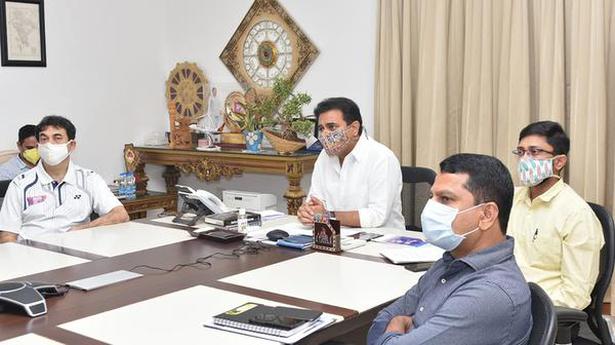 Global leader in medical technology Medtronic will invest ₹1,200 crore on scaling up and expanding its research and development (R&D) centre in the city.

This will make Medtronic Engineering & Innovation Center (MEIC), the facility in the city, the largest global R&D hub outside the U.S.

For Telangana, the company’s move to invest ₹1,200 crore, over five years, will provide a boost to the State’s med tech plans and cement Hyderabad’s position as the medical devices hub of India.

The investment decision was announced at a virtual meeting Industries and IT Minister K.T. Rama Rao had with the Medtronic leadership team on Tuesday.

A release from the Minister’s office said Medtronic Executive Chairman and Chairman of the Board Omar Ishrak, making the announcement, said the investment is a “testament to our commitment to the region and we are proud to be collaborating with the government of Telangana on this major investment in the country.”

Mr. Rao said, “We are delighted Medtronic has chosen Hyderabad as its largest R&D base outside the U.S. and intends to create about 1,000 jobs in the next few years. It is indeed a great honour for the city to host this centre and it is a testimony to Hyderabad’s growing prowess in the medical devices sector.”

The Minister briefed the Medtronic leadership team on various initiatives of the State government to promote medical devices sector and the developments in the area over the last few years Highlighting how the story on India for India and India for the world is getting stronger with recent turn of global events, he assured support of the State government to the company’s growth plans and aspirations in India.

The release said Telangana government is committed to the growth of med tech and the partnership with Medtronic would be pivotal. The State government and Medtronic had been in discussion for the last two years regarding modalities of the investment. During his visit to the U.S. in 2016, Mr. Rao and a team of officials from Telangana government had met Mr. Ishrak.

Expressing confidence that the investment would create many job opportunities in healthcare and help energise the medical devices innovation ecosystem in India, he said MEIC conducted advanced engineering R&D and product development in the areas of design, analysis, advanced hardware, software development and testing.

Medtronic CEO Geoff Martha, Telangana Industries Secretary Jayesh Ranjan and Director for Life Sciences Shakthi Nagappan were among those who participated in the virtual meeting.