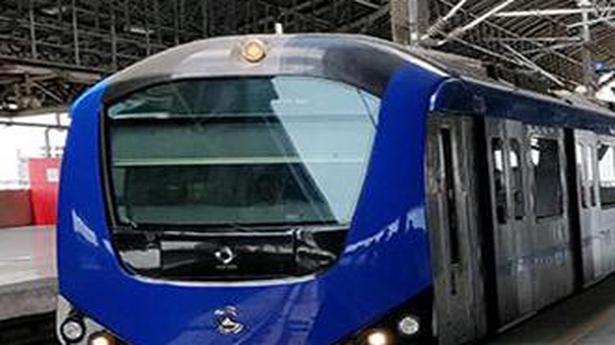 Chennai Metro Rail Ltd. (CMRL) is likely to offer 30% discount in fares, sources said. If implemented, the minimum fare will be reduced to ₹7 as against ₹10 and the maximum ₹42 as against ₹60.

The rate of discount was arrived at after a plan was chalked out recently to see which pricing would help commuters. But it is not clear how long the discount would be offered. “This plan will be presented to a committee and the possible implications arising out of this decision, both positive and negative, will be explained. Once the panel approves it, the plan will be implemented at the earliest,” another source said. But in the past, the committee has not rejected such proposals.

The primary reason for considering the discount was to draw more commuters. From 1.20 lakh a day in February this year, the number of commuters plummeted to 25,000 a day after the lockdown was lifted.

“The idea is to bring the ridership close to pre-COVID-19 levels. When you give discount and get people accustomed to travelling in this system, many may like the comfort and continue to stick to it even after it is withdrawn. But to achieve this, it may take time,” an official said.

CMRL has experimented with reducing fares for a limited period. For instance, as a trial measure in May 2017 for a week, it had offered 40% discount and during this period the number of travellers rose by a significant 67%. But after it was withdrawn, the patronage fell by 15%. Similarly in October last year, a 50% discount in fares on Sunday and public holiday made a difference to occupancy rate and nearly 35% more passengers used the system after this plan came into effect.

Why discounts instead of reducing fares? “This is because fare reduction is a long and difficult process. It has to be cleared by the top government authorities and if at all it is done, it may be a long struggle to increase them again. We saw this happen with Delhi Metro. Hence, we have been offering discount over a period instead of slashing fares,” an official said.

Doctors voice concern over the long-term effects of COVID-19