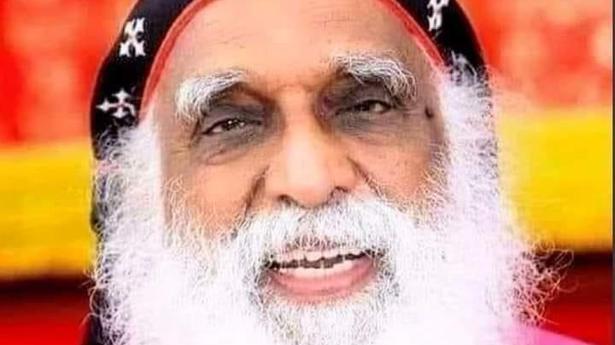 The primate of the Malankara Marthoma Syrian Church was undergoing treatment for pancreas cancer at a private hospital in Thiruvalla and his condition deteriorated sharply over the last one week.

The metropolitan had been undergoing treatment for pancreas cancer at a private hospital in Thiruvalla and his condition deteriorated sharply over the last one week. He breathed his last around 2.40 a.m on Sunday. Suffragan Metropolitan Geevarghese Mar Theodosius and Sabha secretary Rev. K.G. Joseph were present at the hospital.

He was installed as Mar Thoma metropolitan on October 2, 2007 after the 20th Mar Thoma, Philipose Mar Chrysostom, had expressed his desire to transfer responsibilities of the church to his successor due to old age and deteriorating health

Born as P.T. Joseph to Alakunnathu T. Lukose and Mariamma couple in Maramon, Pathanamthitta, he was ordained as deacon of the Mar Thoma Church in June 1957, and priest later the same year . Having pursued his master degrees in Master of Divinity and Master of Sacred Theology from England, the metropolitan was later awarded an honorary Doctor of Divinity degree by the Protestant Episcopal Seminary in Virginia, United States.

Prime Minister Narendra Modi took to Twitter to convey condolences, and shared a video clip of his remarks at the 90th birthday celebrations the metropolitan.

“His Grace the Most Rev. Dr. Joseph Mar Thoma Metropolitan was a remarkable personality who served humanity and worked hard to improve the lives the poor and downtrodden. He was blessed with abundance of empathy and humility. His noble ideals will always be remembered. RIP,” wrote the Prime Minister.

The mortal remains of the metropolitan will be kept for public viewing at the Dr. Alexander Mar Thoma Smaraka Auditorium in Thiruvalla from 8 a.m on Sunday.