Home Business Industry Miffed? You can change your insurer 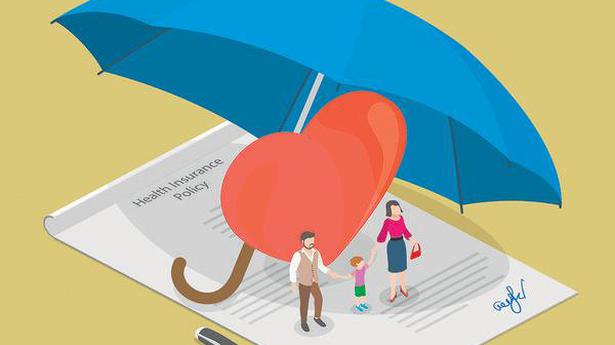 Recently, Gaurav Gupta, a 36-year-old professional thought of porting his 4-year-old health insurance plan as he was not happy with the services offered by his current insurer.

The dissatisfaction began a few months back with his wife Prerna (34) being hospitalised for a minor gallstone surgery and the insurer refused to pay the full claim amount as there were co-pay and sub-limits attached to the policy, which he was unaware of. His policy had a sub-limit on room rent with the maximum limit of ₹5,000/day. However, unaware of the room-rent sub-limit he chose to get his wife admitted in a private suite of the plush hospital that cost him ₹12,000/day.

As per policy wordings, he had to pay the remaining ₹7,000/day from his own pocket. Also, his policy had a mandatory co-pay clause of 10% — meaning Gaurav would have to pay 10% of the total claim from his own pocket. Soon after this experience, Gaurav wanted to change his insurer. However, all porting requests will be subject to underwriting guidelines and every insurer has the complete right to accept or reject a consumer’s port-in request.

It has also often been observed that most health insurers are only keen on insuring young and healthy individuals as apparently the chances of their falling ill and filing a claim are quite low. Many insurers, at times, do not accept policy portability requests from those who are old and have poor health conditions.

Or at times, they attach numerous clauses and restrictions; as a result, people get discouraged and drop the entire idea of porting their health insurer. There are many things that must be kept in mind before filing for a porting request.

As a customer, it is quite important for you to know that when you request for porting, the application undergoes several underwriting procedures and based on findings of these procedures, the insurer approves or rejects your request.

You can even port your cover during the ongoing crisis if you are not satisfied with the services of the insurer.

The entire process can be done through the digital services offered by the insurer.

While applying for portability, you must think of enhancing the total sum insured (SI) provided you have a family floater plan with limited sum insured.

However, you must know that the increase in SI is totally subject to acceptance by the insurer’s underwriter.

While most insurers do not reject the request if the increase is justified i.e. up to 50-70%, requests demanding 100-200% increase in the SI may be rejected by the insurer. It also depends upon the claims made in the past.

If the request is made for a claim-free policy, the chances of your request getting approved are quite high.