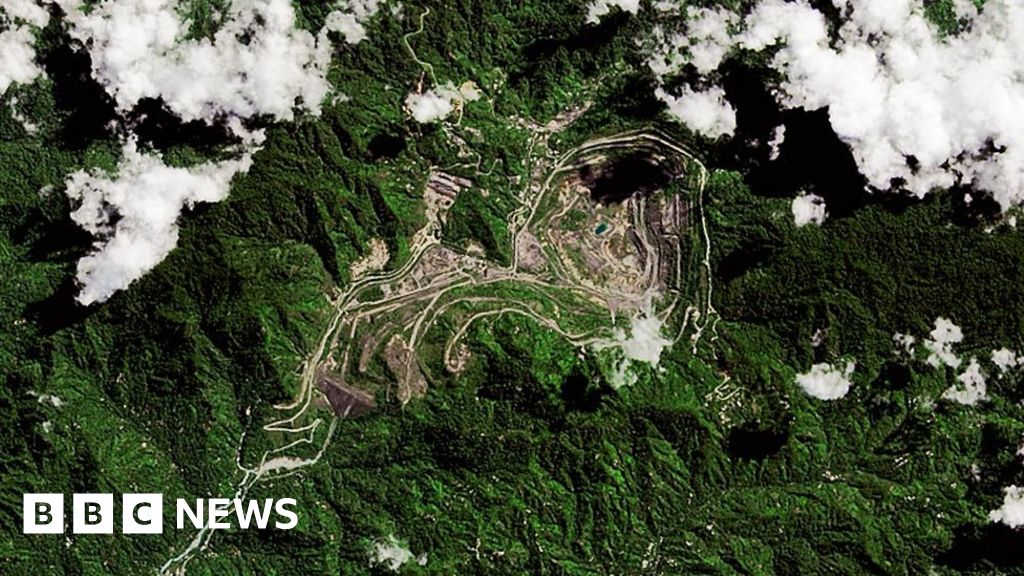 Mining giant Rio Tinto is facing accusations that a mine it abandoned in Papua New Guinea two decades ago is leaking poisonous waste into rivers.

More than 150 people living in Bougainville have filed a complaint with the Australian authorities.

They say that waste from the copper and gold mine is causing health problems for 12,000 people living nearby.

The mining firm says it is willing to speak to the current owners of the Panguna mine and the local community.

It comes after Rio Tinto’s boss and two other senior executives resigned earlier this month following the news that the company had destroyed sacred Aboriginal sites in Pilbara, Western Australia.

“Our rivers are poisoned with copper, our homes get filled with dust from the tailings mounds, our kids get sick from the pollution,” said Theonila Roka Matbob, a traditional landowner and member of the local parliament in Bougainville.

The Panguna mine was one of the region’s biggest for copper and gold in the 1970s and 1980s, but widespread anger among local communities over environmental damage and distribution of profits forced its closure more than two decades ago.

Rio Tinto handed its stake in the mine to the government of Papua New Guinea four years ago, but many feel the company should still take responsibility for cleaning up the site.

“These are not problems we can fix with our bare hands. We urgently need Rio Tinto to do what’s right and deal with the disaster they have left behind,” Ms Matbob said.

A spokesman for the British-Australian firm told the Sydney Morning Herald that it was willing to engage with the local community.

“We are aware of the deterioration of mining infrastructure at the site and surrounding areas, and claims of resulting adverse environmental and social, including human rights, impacts,” a spokesman told the newspaper.

Jeff Bridges: Oscar-winning US actor reveals he has lymphoma