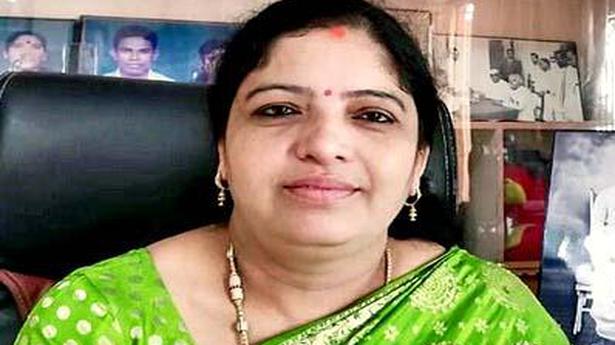 Telugu Desam Party senior leader and member of AP Legislative Council Gummadi Sandhya Rani has alleged that future of Central Tribal University is hanging in balance with the ‘wrong’ policies of the State government.

Addressing the media at Saluru of Vizianagaram district on Thursday, Ms. Sandhya Rani strongly objected to searching of new places for the tribal university even after acquiring land at Relli village of Kothavalasa mandal. “The Union government has sanctioned ₹10 crore for the initial works of the university. And the land was acquired and compound wall constructed at Relli village during the TDP regime itself. Now, the YSRCP government was delaying its construction. It may lead to cancellation of the prestigious university to AP government,” said Ms. Sandhya Rani.

She also said that Jagananna Vidya Kanuka scheme was a not a new programme as distribution of cycles, books and others were being given to schoolchildren since NTR regime. “Former Chief Minister N. Chandrababu Naidu strengthened school education by initiating several measures,” she added.