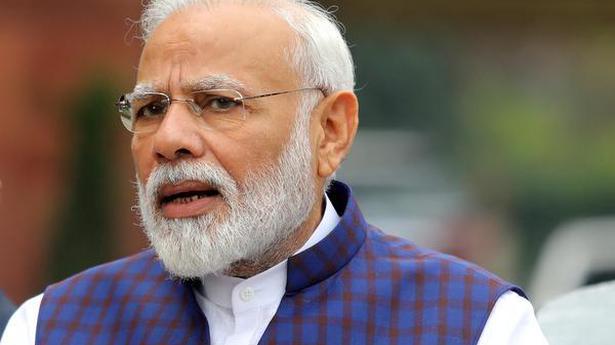 Prime Minister Narendra Modi is on Friday scheduled to digitally inaugurate the Kosi rail mega bridge and other railway projects.

This will be Mr. Modi’s fourth digital inauguration and foundation-laying ceremonies of projects and plans in poll-bound Bihar.

The 1.9 km-long Kosi rail mega bridge on river Kosi, constructed at a cost of ₹516 crore, will connect Bihar to its north-eastern part and has strategic importance as well along the India-Nepal border.

“The bridge will connect Mithila and Kosi region after 86 years…the distance between Nirmali and Saraigarh will be reduced from 298 km to 22 km”, said an Indian Railway statement.

The proposal for the bridge was okayed by the Centre in 2003-04.

Apart from the Kosi rail mega bridge, the Prime Minister is also scheduled to inaugurate 12 other rail projects related to passenger facilities for the benefit of the State.

A new railway bridge on the Kiul, two new railway lines, five electrification projects, one electric locomotive shed at Barauni and a third line project between Barh-Bakhtiyarpur are a few of the projects. Mr. Modi will also flag off the Saharsa-Asanpur Kupha train from the Supaul station.

Earlier, the Prime Minister had also inaugurated and laid the foundation stones for a number of development projects in the State.

The Assembly elections in Bihar are due in October-November and the Election Commission is expected to announce the schedule soon.