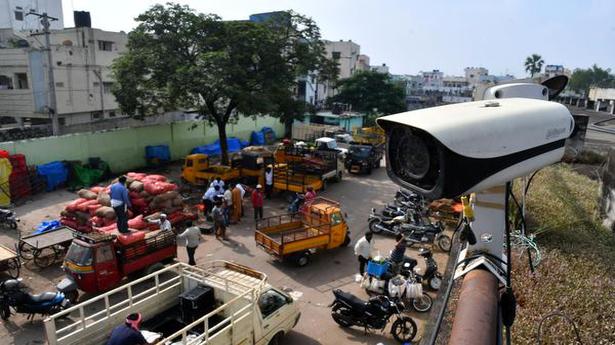 The sixteenth most snooped city in the world, Hyderabad is in the process of climbing up a few more notches, with the Telangana government issuing express orders to install CCTV cameras at several more locations and vantage points in the metropolis.

In a recent survey conducted by a UK firm Comparitech, Hyderabad with its three lakh public CCTV cameras has bagged the dubious distinction of being the only Indian city in the top 20 most surveilled cities in the world. In fact, it is one of the two cities outside China, the other one being London. The survey mentioned in its report that little correlation was found between the number of public CCTV cameras and crime or safety aspect.

Unmindful of the observation and stressing that there have been studies establishing clear, direct correlation between CCTV surveillance and reduction in crime, the government has gone ahead with its mission of installation of more such third eyes.

Municipal Administration & Urban Development (MA&UD) Principal Secretary Arvind Kumar has issued the orders on Wednesday, directing GHMC and other urban local bodies (ULBs) within ORR, HMDA, HMRL, South Central Railway, TSRTC, TSIIC, HGCL, and several other departments, to install CCTV cameras at various locations. A blanket deadline of one month has been issued to all the departments for fulfilment of the orders.

While it has been stipulated that the cameras should be installed only in consultation with the Police department and integrated with the existing network of the Police, the responsibility of installation, operation and maintenance rests with the respective departments only. The Town Planning wing of the GHMC, and the Directorate of Country and Town Planning (DTCP) have been asked to insert mandatory provision for installation of surveillance cameras in the building permission rules under the TS-bPASS.

Accordingly, installation of the cameras will be made mandatory for all structures built in over 600 square yards of land, and all apartment complexes, shops though they are within the 600 square yards limit, besides all layouts.

Instructions have been issued to bring in all the proposed Integrated Township Projects too in the ambit immediately.