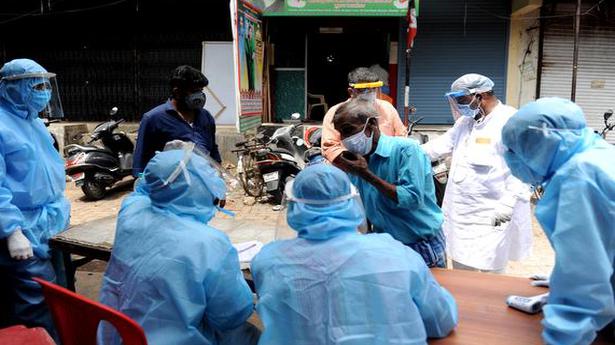 Almost one month after Union Finance Minister Nirmala Sitharaman announced the revival package for stressed micro, small and medium enterprises, the scheme is yet to see the light of the day. The scheme was to provide ₹20,000 crore equity support to stressed and NPA MSMEs.

Places of worship, malls and restaurants reopened across the country on Monday as India bid a graded goodbye to a stringent 75-day lockdown intended to slow the spread of COVID-19 even as positive cases continued to grow in many States and cities.

Delhi Chief Minister Arvind Kejriwal will undergo a test for novel coronavirus on Tuesday, according to sources. “He has fever and sore throat and is not meeting people since Sunday afternoon. He is under home isolation,” said an AAP source.

The daily increase in total number of COVID-19 cases fell to 8,552 on Monday after going beyond 10,000 recently. According to the Indian Council of Medical Research (ICMR), 1,08,048 samples were tested on June 8, a steep decrease from the 1,42,069 samples tested the previous day.

Defence Minister Rajnath Singh asserted that the military level talks that took place on June 6 had been very positive. “Both India and China have agreed that they will continue talks to resolve the border dispute,” he observed. The government has so far not said anything on the ground situation in the month-long stand-offs at various points along the Line of Actual Control (LAC) in eastern Ladakh.

The Indian economy is expected to contract by 3.2% in this fiscal year as a result of the COVID-19 pandemic and its associated restrictions, the World Bank said in its Global Economic Prospects (GEP) June 2020 report released on Monday. Growth is forecast at 3.1% next year.

Nepal’s parliament on Tuesday will take up the controversial amendment on its map that includes parts of the Indian territories. The government of Prime Minister KP Sharma Oli has decided to fast track the legislative process by shortening the period of public consultation on the amendment.

China on Monday outlined plans to train 14 million migrant workers in vocational programmes over the next two years, as it combats an unprecedented jobs crisis in the wake of the COVID-19 pandemic.

The Justice in Policing Act, the most ambitious law enforcement reforms from Congress in years, confronts several aspects of policing that have come under strong criticism, especially as more and more police violence is captured on cellphone video and shared widely across the nation and the world.

Gomathi Marimuthu, the 2019 Asian athletics championship 800m gold medallist, has been stripped of her medal and banned for four years by the Athletics Integrity Unit (AIU) after her ‘B’ sample also returned positive for anabolic steroid nandrolone.