Home News National Morning Digest: WHO hopes coronavirus will be over in two years, heavy... 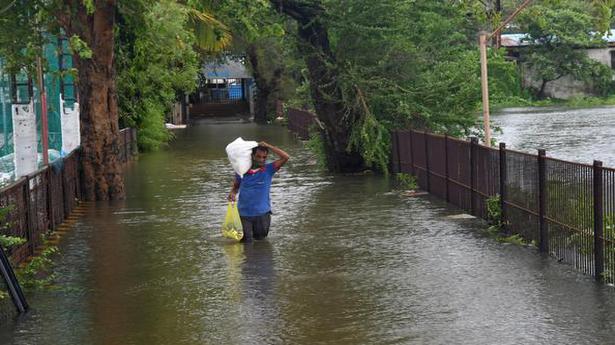 The World Health Organization hopes the coronavirus pandemic will be shorter than the 1918 Spanish flu and last less than two years, WHO chief Tedros Adhanom Ghebreyesus said on Friday, if the world unites and succeeds in finding a vaccine.

The WHO has always been cautious about giving estimates on how quickly the pandemic can be dealt with while there is no proven vaccine.

The India Meteorological Department (IMD) has issued an `orange’ alert for Mumbai, Thane and rest of the Konkan region of Maharashtra for Saturday, forecasting heavy rainfall.

The orange alert implies that authorities should be ready to handle situations arising out of severe weather.

It was “strange” the State governments were opening up activities involving economic interests but cite the COVID-19 pandemic when it came to religious activities, the Supreme Court said on Friday.

Delegates from non-Hindi speaking States, including a group of 37 government yoga and naturopathy practitioners from Tamil Nadu, were in for a rude shock during a virtual training of master trainers organised by the Union Ministry of AYUSH earlier this week, with Hindi being predominantly used through the three-day programme.

Former Finance Secretary Rajiv Kumar was on Friday appointed as the Election Commissioner by the Centre. Mr. Kumar has been appointed in place of Ashok Lavasa, who has resigned to join the Asian Development of Bank.

In less than two weeks since the Congress managed to contain the rebellion in Rajasthan, former Punjab Congress chief and Rajya Sabha MP Partap Singh Bajwa has raised the banner of revolt against Chief Minister Amarinder Singh by asking Mr. Singh to step down.

Ahead of the Bihar Assembly elections, the Election Commission on Friday approved guidelines for conducting polls during the COVID-19 pandemic, allowing public meetings and roadshows, subject to social distancing and other safety norms.

Veteran journalist Vinod Dua on Friday argued in the Supreme Court that criticism of the government does not amount to sedition.

Following allegation of bias in implementing the company’s own guidelines on hate speech in India, Facebook India Vice-President and Managing Director Ajit Mohan on Friday said the social network platform is “non-partisan” and denounces hate and bigotry in any form.

Two firms given purchase orders for indigenously manufactured ventilators for COVID-19 treatment funded by PM-CARES have failed a clinical evaluation by the Health Ministry’s technical committee, according to information accessed through the Right to Information (RTI) Act.