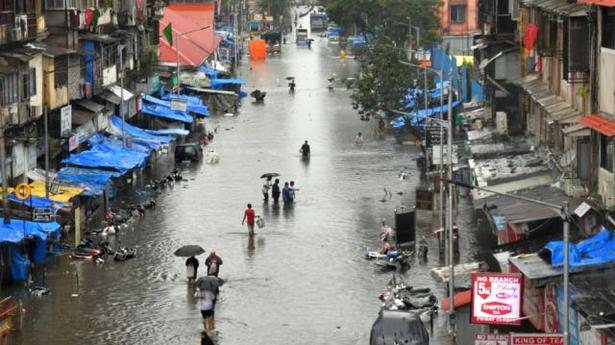 Mumbai received one of the highest showers in the last 24 hours of this monsoon season and more rainfall is likely in the city and in the suburbs on Wednesday, a MeT official said.

Heavy showers overnight and early Wednesday morning caused waterlogging at many places in the metropolis, disrupting rail and road traffic.

Rains across the island city and the western suburbs picked up late Tuesday evening. There were intense spells across Mumbai for a few hours overnight, an official said.

The Colaba observatory (in south Mumbai) recorded 147.8 mm rainfall during the same period, he said.

“Mumbai received one of the highest rainfall in the last 24 hours,” Hosalikar said, adding that the city and suburbs are likely to receive heavy showers on Wednesday also.

According to the IMD, rainfall recorded below 15 mm is considered light, between 15 and 64.5 mm is moderate and above 64.5 mm is heavy.

Coronavirus | Lawyers may travel on local trains in Mumbai for work