Home Sports My focus is on the job, not on the bells and whistles:... 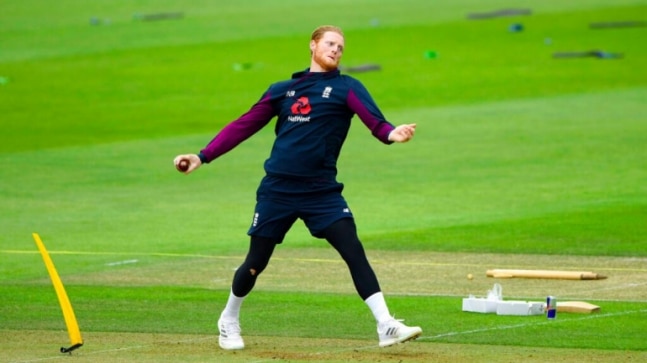 Ben Stokes will lead England for the first time in the series opener at the Ageas Bowl in the absence of Joe Root, who left the squad to be by his wife’s side for the birth of their 2nd child.

England all-rounder Ben Stokes is gearing up to lead the team for the first time in his career in a match which will be keenly watched all over the world as international cricket returns after a long hiatus due to the Covid-19 pandemic.

England will host the West Indies in the first match of the 3-Test series in Southampton from July 8 and Stokes will be at the forefront of the action, being the interim skipper in the absence of Joe Root.

Stokes said Wednesday will be a special day for him but he is doing all that he can to keep his focus on the game, rather than get carried away by the excitement of leading England for the first time.

“It will be a special day for me,” he wrote in a column for the Mirror. “[T]here is huge pride there, but my focus is on the job, not on the bells and whistles.

“This is a one-off Test for me being captain and I want to do the best I can, which means staying true to myself and just being me.”

Stokes is expecting nothing less than 100% commitment from his teammates as they get ready to return to the action on the field after nearly 4 months.

“The one thing I’m expecting from the team this week, above all else, is 100% commitment throughout the five days, because it will take a huge effort from everyone in the team to get the win we’re ­looking for against a quality West Indies team.

“All I want to see is that total commitment from the players and not letting the fact that there is no crowd there be used as an excuse for any drop in our intensity level,” Stokes wrote.

England are looking to avenge their 2019 defeat against the Windies, who hold the Wisden Trophy thanks to their 2-1 series triumph at home and Stokes wants to get it back for his country.

“The fact is the West Indies have the bragging rights and the Wisden Trophy from the last series. And we want both back,” Stokes said.