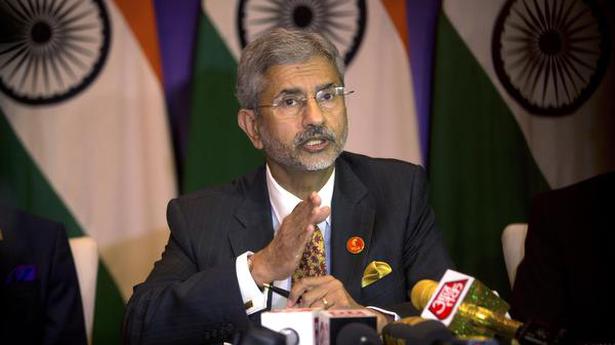 
Nepal is the land of origin of Lord Buddha, the Ministry of Foreign Affairs in Kathmandu asserted on Sunday after India’s External Affairs Minister S. Jaishankar described the founder of Buddhism as one of the greatest Indians ever. The comment from the Indian Minister also drew a series of reactions from leading Nepalese figures, including former Prime Minister Madhav Kumar Nepal, who said Mr. Jaishankar’s comments about Lord Buddha were “objectionable”.

“It is a well-established and undeniable fact proven by historical and archaeological evidence that Gautama Buddha was born in Lumbini, Nepal. Lumbini, the birthplace of Buddha and the fountain of Buddhism, is one of the UNESCO world heritage sites,” said the official spokesperson of the Ministry of Foreign Affairs of Nepal in an official statement.

The controversy erupted after Mr. Jaishankar, during an interaction with the Confederation of Indian Industries on Saturday, referred to Buddha while discussing India’s soft power. “Who are the greatest Indians ever that you can remember? I would say one is Gautama Buddha and the other is Mahatma Gandhi,” said Mr. Jaishankar.

The spokesperson of the Ministry of External Affairs, however, responded saying that the Minister was referring to the “shared Buddhist heritage.” The Indian statement supported the Nepalese assertion and said, “There is no doubt that Gautama Buddha was born in Lumbini, which is in Nepal.” India’s statement, however, did not clarify how Mr. Jaishankar regarded the Lumbini-born Sakyamuni or the Buddha as an Indian.

It is understood that the Nepalese side believes Lumbini is of paramount importance in Buddhism, and the Indian side highlights the importance of Bodhgaya, the place of enlightenment of the Buddha and Sarnath, where the first Buddhist sermon was delivered.

Earlier Mr. Jaishankar drew an angry retort from Mr. Nepal who described the remarks as “insensitive and wrong.” “The Indian Foreign Minister has described Nepal’s Lumbini-born Gautama Buddha as a ‘great Indian’. This amounts to misinformation and is objectionable,” said Mr. Nepal.

The war of words about the Buddha has highlighted the Buddha diplomacy that both India and Nepal have been practising for the last few years. While Prime Minister Narendra Modi’s government has been highlighting India’s Buddhist heritage since 2014, Nepal, with the help of international partners, including China, has invested in developing Lumbini as a major tourism destination. During the Kathmandu visit of Chinese President Xi Jinping in October 2019, both countries agreed to collaborate on building a road connecting Kathmandu and Pokhara with Lumbini. Notably, Mr. Modi visited Bodhgaya, the place where prince Sidhartha Gautama became the enlightened Buddha. He, however, could not visit Lumbini during his visits to Nepal due to scheduling problems.

Apart from Lumbini, Bodhgaya and Sarnath, classical Buddhism also attaches high significance to Kushinagar, the place where the Buddha breathed his last.