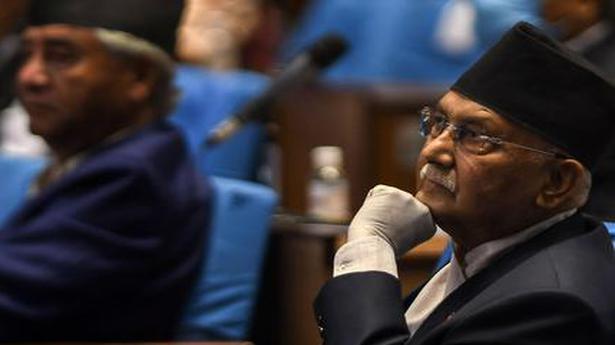 Nepal is expected to pass the Second Constitution Amendment Bill next week, giving the legal status to the updated map of the country that claims parts of the Indian territory. The Bill was introduced in parliament on May 31. It is learnt that the government of Prime Minister K.P. Sharma Oli will try to get the Bill cleared on June 9.

When asked by The Hindu, a Nepalese source said the amendment would “most likely” be passed with the required two-thirds majority on June 9. It has already secured the support of the main Opposition Nepali Congress, and is expected to go through smoothly.

The passage of the Bill will intensify the diplomatic crisis between India and Nepal as Kathmandu claims Kalapani, which is part of Pithoragarh district of Uttarakhand. It is understood that Nepalese and Indian diplomats are in contact, but there is yet to be any substantial dialogue on the dispute.

A Bill brought before the Nepalese parliament for amendment must go through a process whereby it can be improved upon. This includes a month-long phase when the public can write to the parliament secretariat to modify the Bill. Members of parliament can also bring in additional changes in the text.

The Madhesi parliamentarians have attempted a change in the amendment, asking parliament to take up amendments related to their region along with the Second Constitution Amendment. But it is not yet clear whether this will be accepted by parliament where the Nepal Communist Party enjoys majority.