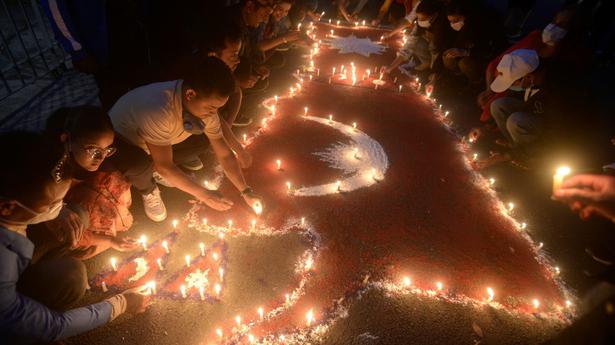 The voting in the Pratinidhi Sabha (House of Representatives) came after day-long discussions, which included praise from co-chair of the Nepal Communist Party Pushpa Kamal Dahal “Prachanda” for the Nepalese democracy, which, he said, is reversing centuries of diplomatic humiliation.

Responding to the development, the Indian Ministry of External Affairs (MEA) said it had “noted” the legislative process.

“The artificial enlargement of claims is not based on historical fact or evidence and is not tenable. It is also violative of our current understanding to hold talks on outstanding boundary issues,” said MEA spokesperson Anurag Srivastava.

The territorial dispute stems from the fact that Nepal claims the land to the east of river Kali, which forms the country’s western border. As per Kathmandu’s understanding, the river originates from Limpiyadhura in the higher Himalayas, giving it access to a triangular-shaped land defined by Limpiyadhura-Lipulekh and Kalapani. India opposes the notion and says the origin of the river is much further down, which reduces Nepal’s territorial demand.

Saturday’s amendment was approved through a voice vote, following which all the members of the Pratinidhi Sabha gave individual signatures to the Bill which completed the voting process.

The voting showed that members from all the political parties of the Pratinidhi Sabha voted in favour of the motion moved by the government of Prime Minister K.P. Sharma Oli.

Apart from the ruling Nepal Communist Party, the amendment received support of the Nepali Congress and the newly formed Janata Samajvadi Party-Nepal.

The total votes cast in favour were 258 and no one voted against the bill though 11 members remained absent or abstained. It is not clear yet why they did not vote. Four members including Bijaya Kumar Gachchhadar, the leading figure of indigenous Tharu community, have been suspended and could not participate in the proceedings.

Immediately after the passing of the bill, Nepal’s senior officials began sending out social media messages which indicated the diplomatic angle of the territorial dispute.

“The House of Representatives (Pratinidhi Sabha) unanimously adopted the Constitution Amendment Bill, paving the way for accommodating the updated political-administrative map in the national emblem,” said Foreign Minister Pradeep Gyawali, who also attached an image of the Coat of Arms showing the new map, including Indian territories. 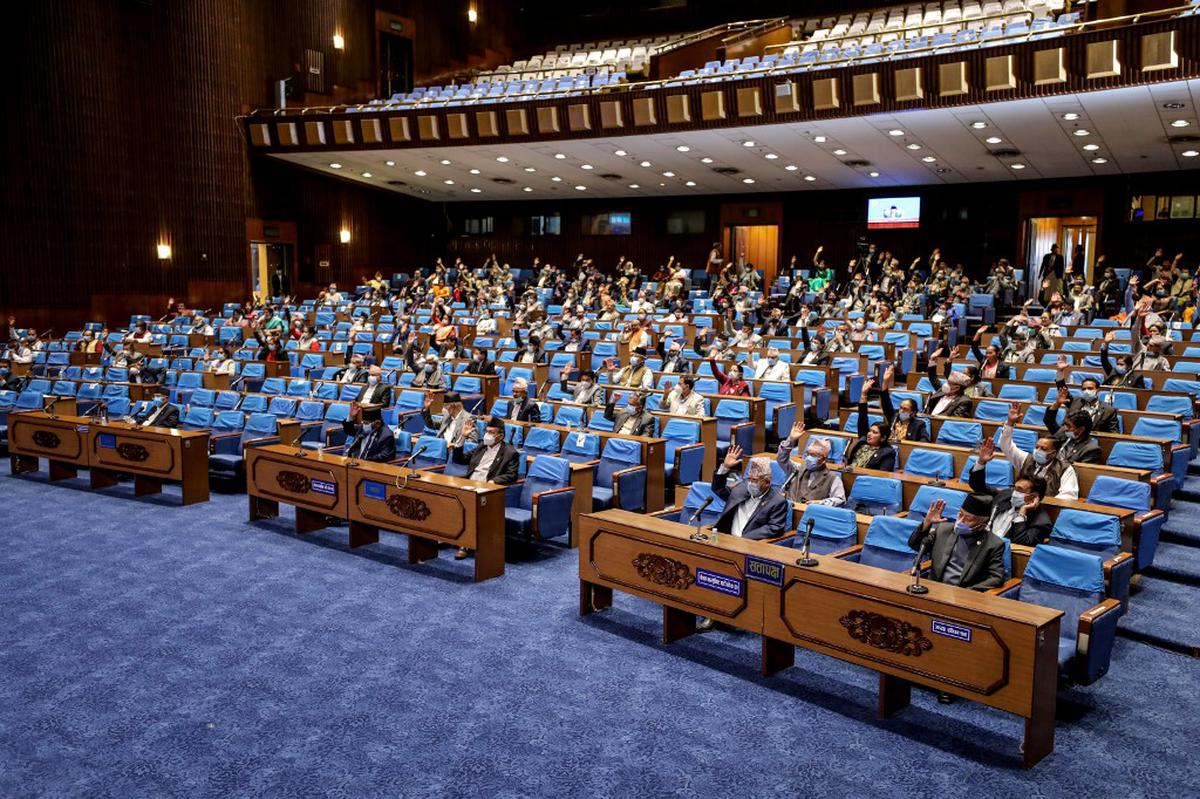 Nepal’s House of Representatives members in Kathmandu on June 13, 2020 gesture as they vote on an amendment to update the national emblem with a new political map.
| Photo Credit: AFP

The concluding session witnessed passionate speeches by the members of the parliament. The most important intervention of the day came from Prachanda, who described the day as a historic moment for Nepal.

“We are working to ensure territorial integrity national sovereignty and freedom of our people. The kings of Nepal lost our territory, but today we republicans are restoring it,” he said to applause from the other members. The unanimous voting was made possible by the cross party support ensured by Mr Oli’s government.

Nepal unveiled the new map on May 20 after Defence Minister Rajnath Singh inaugurated Darchula-Lipulekh link road on May 8. Nepal had earlier strongly protested when the updated Indian map published in November last year showed the region as part of Uttarakhand.

Nepal claims right to the region and says India was allowed to station troops there in the 1950s and that Delhi has refused to remove forces from the region ever since. Nepal’s Minister for Law, Justice and Parliamentary Affairs Shiva Maya Tumbahangphe tabled the amendment bill on May 31 and the necessary month long discussion was fast tracked.

The diplomatic fallout of the territorial dispute, is likely to be serious, said former foreign minister and Nepalese commentator Ramesh Nath Pandey, who warned of difficult days ahead for Nepal-India relations as well as for South Asian region.

“Now, Indo-Nepal border negotiations will be all the more complicated as secretaries have no right to negotiate on the provisions of our Constitution,” said Mr. Pandey. He argued that the territorial dispute of Kalapani, Limpiyadhura and Lipulekh cannot be resolved at talks led by Foreign Secretaries or senior envoys as the disputed territories are now part of Nepal’s constitution and public imagination.

Watch | Will we face a chocolate shortage?