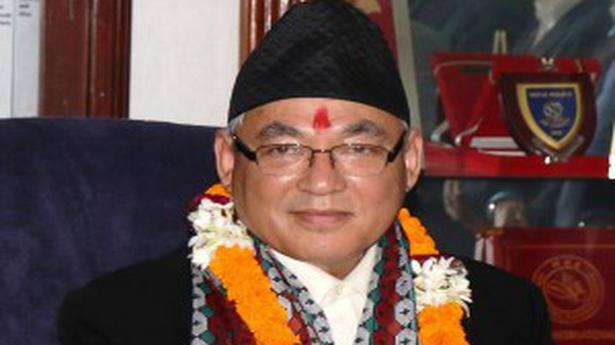 We will use the data to better manage movement of people and pandemic, he says.


Nepal will seek identity cards from visitors from India, Home Minister Ram Bahadur Thapa has said. He told a parliamentary panel that Nepal will use the data to better deal with the coronavirus (COVID-19) situation.

“Archiving is under way. The government will focus on developing it in a system that will make it permanent,” Mr. Thapa told the State Management and Good Governance Committee of Parliament. Nepal’s Ekantipur reported that the Minister said Kathmandu will implement the identity cards and registration system and will try to formalise record-keeping process to better manage movement of people and the pandemic. Prime Minister K.P. Sharma Oli has recently blamed India for the spread of the COVID-19 in the country.

India and Nepal have an open border which is demarcated but for Kalapani in Uttarakhand’s Pithoragarh district and Susta in the Uttar Pradesh-Bihar region. Nepal has increased deployment of armed personnel on the border with India since the Kalapani dispute intensified in May.

A milestone in relations

The process will be a milestone in the relations. At present both sides coordinate trade with the help of the major trading points like Birgunj. However, ID-cards for Indian citizens are being viewed as a step towards Nepal tightening the cross-border movement from the Indian side which usually benefits local trading communities of Uttar Pradesh and Bihar.

It is learnt that the open border is the focus of the Eminent Persons Group that both sides had set up in February 2016. But the EPG’s report has not been taken up by India till now.

Nepal also announced that only 10 entry points will be open for its nationals willing to return home on land route from India, said Minister for Information and Communication Technology Dr Yubraj Khatiwada after a Cabinet meeting. International travel to Nepal remains closed till September 16.