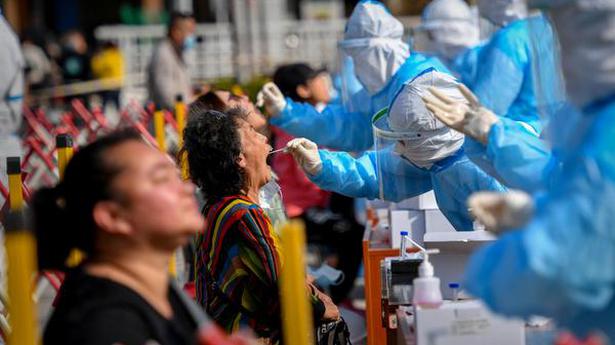 China’s Qingdao city has launched a citywide nucleic acid test campaign that will cover its nine million residents over the next five days, amid apprehensions of a second wave after the coastal city reported 12 COVID-19 cases.

The cases were connected to Qingdao Chest Hospital which is a designated medical institution for the COVID-19 patients from overseas.

In May, China tested 11 million people in Wuhan – the epicentre of the COVID-19 pandemic.

The Qingdao health authority has said that a citywide testing program has been launched. The five districts – home to about six million people – will be fully covered in the next three days.

So far, all medical staff, new hospitalised patients and nurses in hospitals at Qingdao have been given nucleic acid tests, with all 114,862 results coming back negative.

As of Saturday, the total number of confirmed COVID-19 cases on the Chinese mainland had reached 85,557, including the 218 patients still being treated.

It said 4,634 people have died to coronavirus on the mainland.