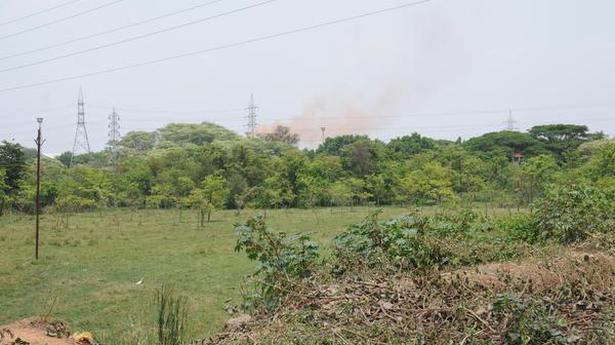 The southern bench of the National Green Tribunal (NGT) has ordered serving a notice to Karnataka Power Corporation Ltd. (KPCL) over its proposal to set up a gas-based 350 MW combined cycle power plant near the Puttenahalli Lake Bird Conservation Reserve.

The bench of Justice K. Ramakrishnan and expert member Saibal Dasgupta ordered serving a notice to KPCL on an application filed by the Yelahanka Puttenahalli Lake and Bird Conservation Trust that sought nullification and cancellation of the Environmental Clearance (EC) granted by the State Environment Impact Assessment Authority (SEIAA), direct KPCL to not put up the plant at the site and also repair the damage done to the Puttenahalli-Yelahanka lakes.

The applicant submitted before the tribunal that the EC issued by the SEIAA was based on the capacity of the plant, which is 350 MW, and was categorised as a Category B project.

“However, in respect of the instant gas-based combined cycle power plant, the project is situated at a distance of just around 500 metres from the Puttenahalli Lake Bird Conservation Reserve, a declared and notified ‘Bird Conservation Reserve’ under provisions of the Wildlife (Protection) Amendment Act, 2006. Due to this, the SEIAA loses its jurisdiction to deal with the proposal, and it can only be dealt with and cleared by the Ministry of Environment, Forest and Climate Change (MoEFCC),” the applicant submitted.

The Trust further said that the establishment and functioning of the gas-based power plant would wreak havoc and completely destroy the pristine conditions of the Yelahanka-Puttenahalli lakes and surrounding areas.

The applicant claimed that KPCL was headed by the Chief Minister of Karnataka, who officiates as its Chairman, and KPCL had prior knowledge about the declaration of the lake as ‘Bird Conservation Reserve’ as per the Wildlife (Protection) Act, 1972 on April 29, 2015.

Further, the SEIAA issued the EC without conducting mandatory public hearing and was in violation of the EIA Notification, 2006, the Trust said and accused KPCL of concealing and submitting false and misleading information to the SEIAA to obtain the EC.