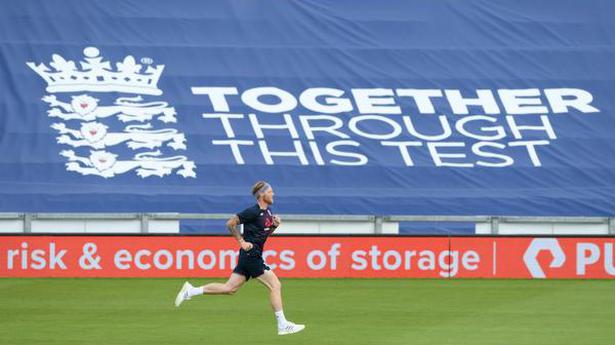 It has always been cricket’s lot to stand for something beyond itself. Sportsmanship, for one. Integrity, for another. Fairmindedness, teamwork — it is an impressive list.

Now, as England take on the West Indies in a Test series, the game has more expectations being poured into it.

Firstly, as the start of the new normal in international sport. Somehow the ban on the use of saliva on the ball has garnered more attention than the fact that world class sportsmen will be performing in an empty stadium. But the 74-page booklet has more do’s and don’ts than that. It will not be just fans who would be watching, but politicians, epidemiologists, doctors and administrators from other sports.

Secondly, in an atmosphere where many, especially politicians, have to be reminded that Black Lives Matter, and that racism has no place in the world, sport will be pushing us towards the ideal again.

It took the West Indies nearly four decades to rid themselves of the notion that only a white man could lead them in cricket. A campaign to make Sir Frank Worrell captain finally triumphed in 1960-61 and he was an instant success.

Sixty years later, we still hear stories of casual racism in sport. If we accept that sport is a reflection of society at large, then that is inevitable. Equally, we would like to believe that sport influences society too. When American footballer Colin Kaepernick’s gesture which put the expression ‘taking a knee’ into common usage made an issue of his country’s treatment of minorities, it was hailed. The West Indies team might take a knee too at Southampton, where the Test is to be played.

Their coach Phil Simmons has said that the team would be wearing the logo of Black Lives Matter (England have decided to do the same), something that would have caused apoplexy in the offices of the MCC (Marylebone Cricket Club) when that body made the decisions.

It is a measure of how far cricket has come as a mass movement (even if the number of Test teams is just 12) that such plans do not raise eyebrows anymore. Players acknowledge their responsibility, and the fact that they belong to the wider world. After all, wasn’t it a writer from the West Indies, C.L.R James who wrote: What do they know of cricket who only cricket know?

In Beyond a Boundary, published in 1963, James wrote: “English people have a conception of themselves breathed from birth. Drake and Nelson. Shakespeare and Waterloo, the few who did so much for so many, the success of parliamentary democracy…We of the West Indies have none at all. To such people, the three Ws, Ram (Ramadhin) and Val (Valentine) wrecking English batting, help to fill a huge gap in their consciousness and their needs.” Today, the apologetic tone of the colonised stands out. But countries in the West Indies have moved beyond all that.

In the 1940s, the great all rounder Learie Constantine, later to become High Commissioner, was refused a room in the Imperial Hotel in London because of his colour. He took the hotel to court and won the case; it was, says his biographer, an important legal milestone en route to the Race Relations Act in Britain.

In the 1950s, Worrell and Clyde Walcott taking their side to a win over Surrey were racially abused by their opponents, Worrell describing the remarks euphemistically as “colourful.”

Today there are sensible rules to prevent such things happening on the field of play, but, West Indies and England might have a role to play in highlighting racism outside it.

Test cricket hasn’t been played since March 2, when New Zealand defeated India in Christchurch. For fans who had, for long, to make do with re-runs of old matches, the gift of live sport on television is here. The worldwide audience is likely to be much larger than usual for a Test match not involving India!

No one knows what shape live sport or racism will take. But for the moment, let’s breathe it in. To paraphrase Auden in another context: Cut off the telephones, prevent the dog from barking with a juicy bone. Test cricket is here, let us rejoice.