Home Cities Mumbai ‘No plans for lockdown in Kolhapur’ 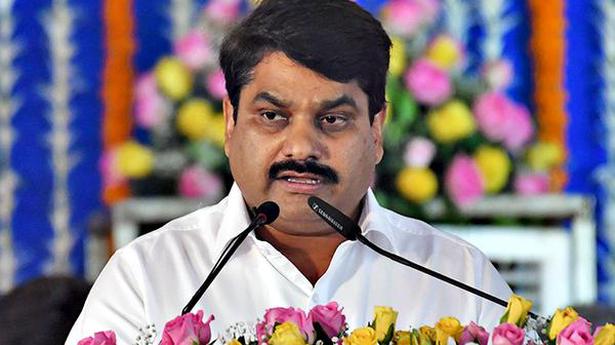 State Minister and Kolhapur’s Guardian Minister Satej Patil on Monday said no lockdown would be imposed in Kolhapur as it would adversely affect economic activity in the district.

There were rumours about a possible 10-day lockdown in Kolhapur after a lockdown was imposed in Pune and Pimpri Chinchwad. Mr. Patil, a senior Congress leader from Kolhapur, said that a lockdown was no solution to combat the COVID-19 pandemic at the moment as previous measures had already stifled economic activity. The district, which had less than 50 active cases till May 17, witnessed a remarkable surge in new cases following the influx of more than 2.5 lakh people from ‘highly infected’ districts and cities as Pune, Mumbai and areas in the Mumbai Metropolitan Region (MMR).

“I would further urge the Indian Council of Medical Research to amend its regulations to allow the testing of asymptomatic patients given that there is no shortage of testing kits now,” he said.

Parts of Kolhapur, especially Ichalkaranji, Shirol and Jaysingpur — the prime industrial zones of the district — have been under a partial lockdown since the past few days owing to a rise in cases in these areas.

Meanwhile, Kolhapur saw a sharp spike of 78 cases on Monday, taking its total case tally to 1,252, of which 377 are active. A total of 850 patients have been discharged so far, said Pune Divisional Commissioner Dr. Deepak Mhaisekar. Kolhapur’s death toll now stands at 25.

Cases continued to soar in Pune district which reported another surge of 1,678 COVID-19 cases till Monday evening. Its case tally has surged to 40,180, of which 14,591 cases were active.

A total 24,508 people have been discharged in the district sofar. As per district authorities, Pune’s death toll climbed to 1,081. As many as 442 patients in the district are in a critical condition.