Home Cities Bengaluru No trace of girl; final attempt to be made on Monday 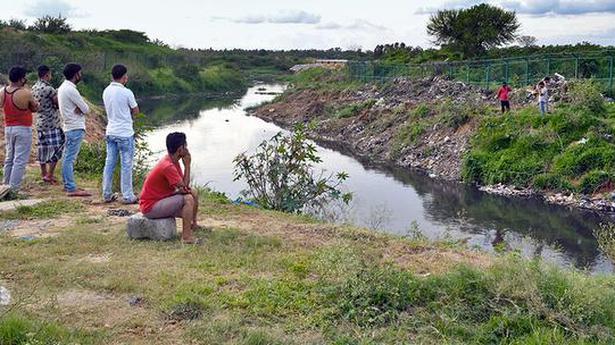 The search for the six-year-old girl, who is suspected to have drowned and washed away in a storm-water drain (SWD) at Kariyammana Agrahara near Bellandur on Friday, was not successful on Sunday too.

According to the police, the search on Saturday was discontinued late in the evening owing to poor light. Senior Fire and Emergency Services Department officials said a final attempt would be made on Monday to trace the girl.

“Over 50 personnel from Fire and Emergency Services Department, National Disaster Response Force, local police, and Civil Defence have searched for more than 6 km from the spot where the girl is suspected to have drowned,” a police officer said.

Personnel suspect that the body must have been either washed away or stuck in bushes or silt.

The girl, Bhumika, is suspected to have drowned in the SWD while playing. The parents of the girl hail from Assam and work as housekeeping staff at a commercial establishment.

Dream big, follow your passion, and work hard towards fulfilling it: Rakshit Shetty

No decision to discontinue printing of Rs 2,000 notes: Finance ministry...