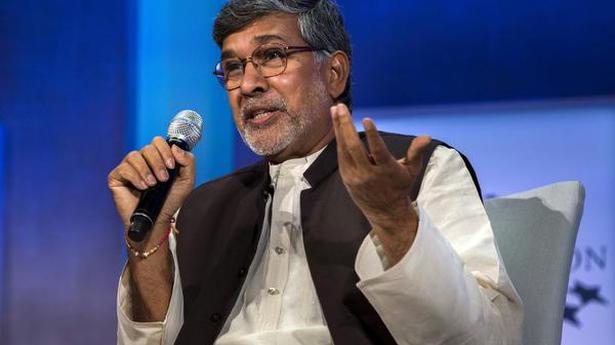 About 10.1 million children are still in some form of servitude in India, according to UNICEF.

For four decades Nobel peace laureate Kailash Satyarthi rescued thousands of children from the scourge of slavery and trafficking but he fears all his efforts could reverse as the coronavirus pandemic forces children into labour.

“The biggest threat is that millions of children may fall back into slavery, trafficking, child labour, child marriage,” said Mr. Satyarthi who was awarded the Nobel Peace Prize in 2014 for his work to combat child labour and child trafficking in India.

As the pandemic pummels the economy, pushing millions of people into poverty, families are under pressure to put their children to work to make ends meet.

While rates of child labour have declined over the last few years, about 10.1 million children are still in some form of servitude in India, according to the United Nations children’s agency UNICEF.

Across the country, child labourers can be found in a variety of industries such as brick kilns, carpet-weaving, garment-making, domestic service, agriculture, fisheries and mining.

Earlier this month, Satyarthi’s organisation backed by police rescued dozens of girls during a raid on a shrimp processing unit in western India.

“Once children fall into that trap they could be pulled into prostitution and could be trafficked easily … this is another danger which government have to address now,” he said, adding that he believed sexual abuse of children was also on the rise due to the pandemic.

“I cannot be satisfied even if one single child is enslaved … it means there is something wrong in our polity, in our economy, in our society, we have to ensure that not a single child is left out,” he told Reuters.