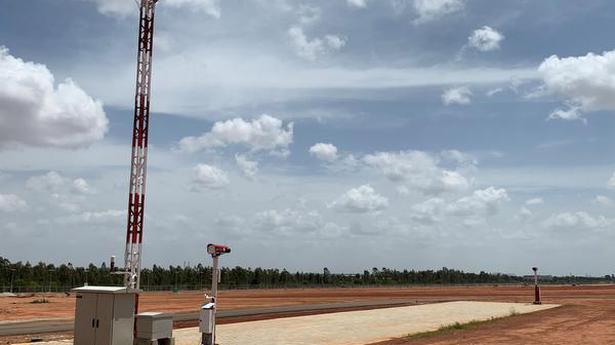 The north runway of the Kempegowda International Airport (KIA) has been closed for rehabilitation from Monday. The runway has been operational for over 12 years and was closed for strengthening, resurfacing and installation of the runway centerline lights.

In a release sent on Tuesday, the Bangalore International Airport Limited (BIAL), the operator of the KIA, has stated that work is expected to be completed by year-end.

All flight operations during this period will be done using the parallel runway (south runway) that was opened for operations last December. As per the order of the Central government, the KIA resumed domestic flight operations on May 25 after two months of lockdown due to COVID-19. At present, the KIA is handling 140 flights every day and witnesses footfall of 13,000 passengers per day.

“Once complete, these enhancements offer flexibility to operate both runways in low visibility and adverse weather conditions,” stated the release.

The new runway is fitted with indigenously-developed Aviation Weather Monitoring System (AWMS). The BIAL claims that KIA is the first airport in the country to install indigenous AWMS technology, developed by Bengaluru-based CSIR-National Aerospace Laboratories (NAL).

The release further states that the airport has installed four Drishti Transmissometers – also developed by NAL, in association with the Indian Meteorological Department (IMD) – to measure the Runway Visibility Range (RVR). The airport now has a total of six ‘Made in India’ RVRs on both runways.

“The Drishti Transmissometer is acclaimed for precise reporting, helping pilots with an accurate runway visual range. It is suitable for all categories of airports and measures RVR down to 25 metres. With AWMS and RVR integrated, the data is displayed on one single screen. With the web-enabled feature, the data can be accessed, and maintenance carried out from any location,” states the release.