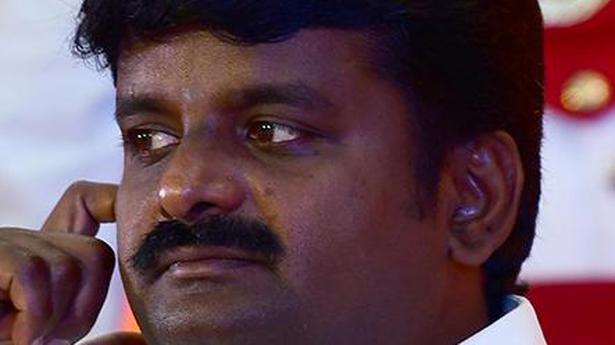 Late referrals are a challenge. When persons with co-morbidities come in late with breathlessness, a drop in oxygen saturation levels and lung damage it becomes a challenge for doctors and nurses, he said.

“We have treated persons with 70% lung damage. But it becomes a challenge to save the patient when the lung damage is extensive,” he told reporters on Friday.

Replying to a question on the number of fresh cases surging over 1,000 in the city, he said, “The pandemic is well under control in Chennai and the curve is flattening. It is to control transmission and prevent deaths that we are appealing to people, on behalf of doctors, to wear masks and seek medical help early, as there are problems due to late referrals.”

Noting that bed capacity in government hospitals was being increased, he said that another 250 beds were added at the Government Medical College Hospital in Omandurar Estate, for COVID-19 patients.

The Public Works Department has provided oxygen lines for all 250 beds. A 20-KL liquid oxygen tank has been installed at the hospital for uninterrupted supply of oxygen. There are 100 beds with ventilators, he added.

Health Secretary J. Radhakrishnan said in Chennai, there were complaints of people under home quarantine moving outside. He said that there was a little complacency among residents in a few areas of Chennai. “This is why we are taking up the IEC campaign, again, in Chennai, especially in workplaces and places where people come together. We are going to start an intensive re-campaign for masks,” he said.

Noting that the number of samples tested in the city had increased from 3,000 to 13,000 now, he said that they continued to focus on areas such as Ambattur, Kodambakkam and Anna Nagar. “The focus is on reducing fatalities. It is important to go for treatment early,” he said. R. Narayana Babu, director of medical education, and R. Jayanthi, dean of the Government Medical College Hospital, Omandurar Estate, were present.