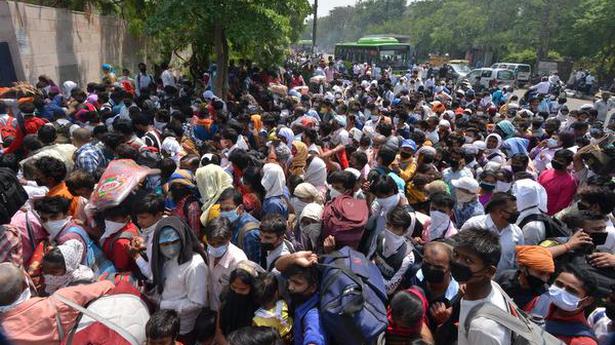 A week after the Labour and Employment Ministry informed the Lok Sabha that there was no data available of the number of migrant workers who died during the lockdown, the Ministry told the Rajya Sabha on Monday that it was collecting the data from States and Union Territories.

Labour Minister Santosh Kumar Gangwar’s response to several questions about migrant workers on September 14 had been “no such data is maintained”.

However, he had informed Lok Sabha that 1.04 crore migrant workers had returned to their home states during the COVID-19 pandemic and lockdown. The government had faced flak over the lack of data on the number of deaths and job losses of migrant workers during the lockdown.

On Monday, in response to a question by Trinamool Congress member Derek O’Brien in the Rajya Sabha about the number of migrant workers who travelled on foot and lost their lives, the number of road accidents leading to deaths of the migrant workers going home and relief measures for the victims’ families, the Minister said in a written reply: “Data is being collected from the States/UTs.”

He also provided with the latest data of the number of migrant workers who had returned to their states, revising it to 1.06 crore.