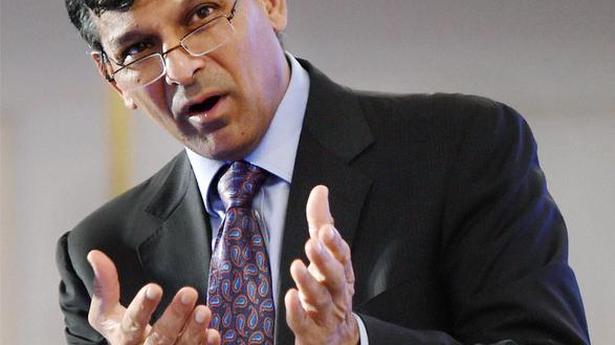 Sounding a note of caution, former RBI governor Raghuram Rajan on Tuesday said non-performing assets of the banking sector are likely to witness unprecedented increase in the next six months and the sooner the problem is recognised the better it would be.

The outbreak of COVID-19 and subsequent lockdown to curb the spread of disease has hit businesses hard and many of them are facing difficulty in servicing debt.

“The level of the NPAs is going to be unprecedented in six months from now if we really recognise the true level of NPAs…We are in trouble and sooner we recognise it, better it is because we really need to deal with the problem, Mr. Rajan said during a session at the India Policy Forum 2020 organised by NCAER.

Referring to the article titled Bold decisions, strong political will: Economic reforms are sustained, deep and pronounced under PM Modi by Finance Minister Nirmala Sitharaman published on Tuesday, he said it talks about Jan Dhan success but some economists have contrary views on this.

“We have difficulty in targeting transfers to people. We are still talking about universality because we can’t target. (as highlighted by Vijay Joshi, Oxford University) Jan Dhan does not really work as advertised,” Mr. Rajan said.

He, however, said one positive factor for Indian economy is that the agriculture sector is doing well.

“Certainly, the government has come up with reforms. These are reforms which have been talked about for a long time. They certainly can be beneficial for a significant portion of our economy if implemented,” Mr. Rajan said.

As part of the reform process for the farm sector, the government amended the six-and-a-half-decade-old Essential Commodities Act to deregulate food items, including cereals, edible oil, oilseeds, pulses, onion and potato.

The amendment, besides deregulating production and sale of food products, will provide for no stock limit to be imposed on any produce.

Last month, the government approved an ordinance to allow barrier-free trade in agriculture produce outside the notified APMC mandis.

The Farming Produce Trade and Commerce (Promotion and Facilitation) Ordinance, 2020, proposes to bar state governments from imposing taxes on sale and purchase of farm produce undertaken outside the mandis and give farmers the freedom to sell their produce at remunerative prices.

Besides, any conflicts arising from the transactions will be dealt with exclusively by the Sub Division Magistrate (SDM) and District Collectorate within 30 days and not in the jurisdiction of civil courts.

At present, farmers are allowed to sell their agriculture produce at 6,900-odd APMC (Agriculture Produce Marketing Committees) mandis spread across the nation. There are restrictions for farmers in selling agri-produce outside the mandis.