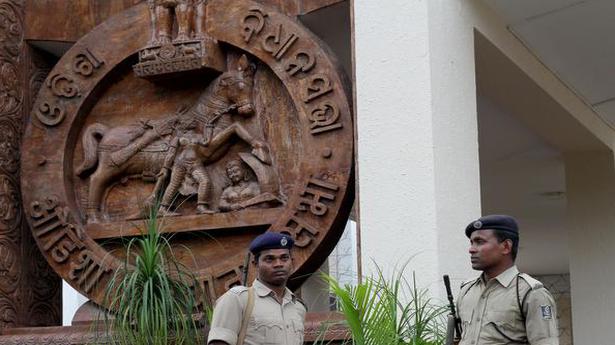 Two lawmakers are among the 136 persons who tested positive as the monsoon session of the Odisha Assembly is set to commence from September 29.

Senior BJD MLAs Debi Prasad Mishra and Pramila Mallick have been asked to isolate themselves.

As part of the efforts to identify infected persons, MLAs, journalists, Assembly staff and drivers have undergone COVID-19 tests in the premises on Sunday.

Of the 757 persons who were tested on Saturday, 136 were found to be infected accounting for 18% positivity rate as against the State average of 9%. Another 350 persons underwent tests on Sunday.

“It is matter of great concern that so many people have tested positive. In view of the results, we have convened another meeting on Monday when we would take the final call on the length of the session,” Surjya Narayan Patro, Speaker, told The Hindu.

The monsoon session is scheduled to be held between September 29 and October 7. The shortened session will have no question hour and the Assembly will meet only four hours every day. Twelve bills are proposed to be tabled during the session.

“We are sure all MLAs will take precautions. We propose to conduct another round of tests on October 4. Those who feel uneasy can demand rapid antigen tests,” said Dasarathi Satpathy, Secretary of the Assembly.

Mr. Satpathy said those who had tested negative were advised to stay in isolation during the session for their and others’ safety.