Home News World One killed, 12 injured in bomb blast in market in Pakistan 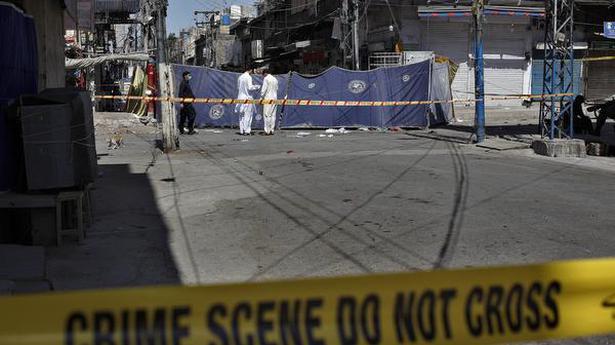 A powerful bomb blast ripped through a crowded market in Pakistan’s garrison city of Rawalpindi, killing one person and injuring 12 others including three children. The blast, triggered through an improvised explosive device containing 2-3 kgs of explosives, occurred late on Friday night at Kola Centre of Kabari Bazaar which is not very far from the General Headquarters of the Pakistan Army.

Police spokesperson Sajidul Hassan told Dawn News that initial reports suggest that the explosive material was attached to an electric pole. Properties around the site have been damaged in the blast. The injured were rushed to a nearby hospital, where two of them were stated to be in a critical condition.

The Counter Terror Department (CTD) and the Army personnel rushed to the spot and cordoned off the area for investigation.The police spokesperson said that investigative teams and people from the forensics science lab were collecting evidence.

The official said that the blast was an “attempt at organised terrorism but those playing with the lives of the public would not be able to escape the law.”

No group has so far claimed responsibility for the blast, which occurred when the country is battling the coronavirus pandemic.