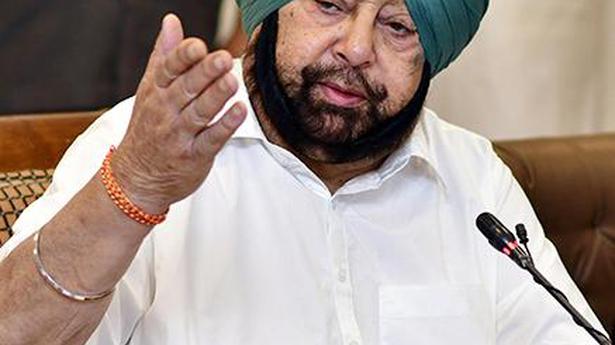 
Punjab Chief Minister Amarinder Singh on Saturday accused the Aam Aadmi Party of misleading the people by picking selective portions of Congress manifestos “which did not even remotely propose” any of the anti-farmer moves that the BJP-led Centre government was trying to push.

Instead of flashing the manifesto copies, AAP should have made the effort to read the relevant parts first, said the Chief Minister in a statement.

Referring to Congress manifestos for the Lok Sabha as well as the last Punjab Assembly elections, Capt. Amarinder pointed out that nowhere had the party spoken about bringing any of the changes that the Centre was trying to impose on the nation with its legislations. “In fact, the manifestos had clearly talked about strengthening the APMC (Agriculture Produce Marketing Committee) system to make it even more beneficial for the farmers,” he said.

He said the State Congress manifesto of 2017 had stated that the updation of the APMC Act would be done to ensure direct access of farmers to the national and international markets through digital technology without tinkering with the existing Minimum Support Price system, while the Lok Sabha manifesto had gone a step forward to talk of further strengthening the marketing system by repealing the existing Act and bringing in new provisions that would provide for establishment of thousands of Kisan markets to provide easy access to farmers within a range of two-three kilometres.

“When and where did the Congress ever talk of replacing APMC with contract farming and private procurement,” the Chief Minister asked, lashing out at the AAP for blatantly misleading the people on the issue.

Separately on Saturday, a Block Development and Panchayat Officer (BPDO) was shifted for issuing a letter claiming that a farmers’ protest would be organised by the Punjab government over the issue of the farm ordinances on September 21.

Taking serious cognisance of the matter, the Chief Minister ordered shifting of the Sardulgarh BDPO to the headquarters, and immediate withdrawal of the letter issued by him regarding some farm protests which he incorrectly claimed to have been organised by the Punjab government, a government statement said here.

The directions came a day after Shiromani Akali Dal leader Daljit Singh Cheema had uploaded the BDPO letter on his Twitter handle accusing the ruling Congress of outsourcing its programmes to the Panchayati Raj department.

The Punjab government has not organised any such protest, as claimed by the BDPO, according to the statement issued on Saturday.

The Chief Minister has asked the officials concerned to inquire into the whole affair and pin down the responsibility for this incorrect communication, it said.