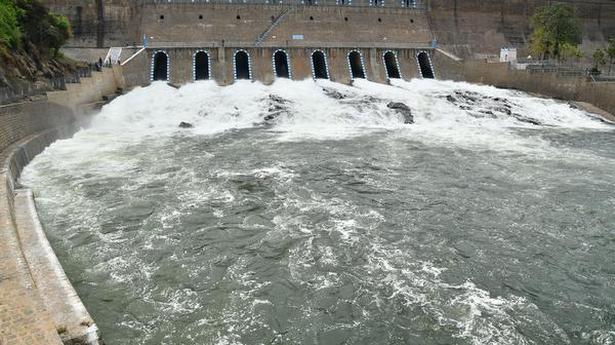 The water discharge from Mettur dam to Cauvery river for irrigation in delta region was increased to 10,000 cusecs from Monday afternoon.

According to officials from the Public Works Department, the water level at the dam on Monday morning was 86.91 ft and the stored capacity of water was 49,186 mcft. The inflow into the dam was 1,30,000 cusecs of water and outflow was maintained at 1,000 cusecs of water at 8 a.m.

It was increased to 10,000 cusecs for the delta region owing to farmers’ demand. According to officials, the combined outflow from K.R.S. and Kabini dams in Karnataka has been reduced to 30,000 cusecs.

Minor landslides were reported near hairpin bend 14 on the Yercaud Ghat Road. However, traffic movement was not affected.

Over 3.8 lakh companies struck off under companies law in 3...