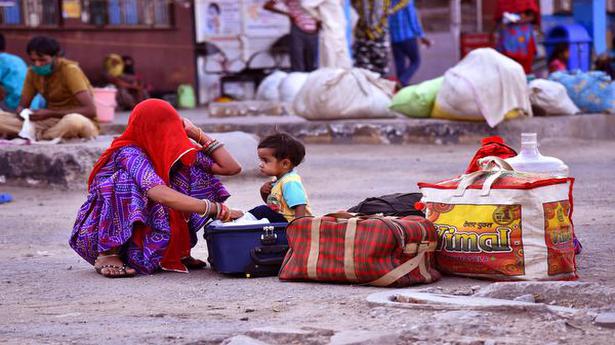 It fulfils State government’s promise of “no one sleeps hungry”, says Gehlot

Over 50 lakh people have benefited from a new kitchen scheme, named after former Prime Minister Indira Gandhi, launched in Rajasthan for providing nutritious food to the poor and needy twice a day at concessional rates. The State government plans to spend ₹95 crore during its first year.

Chief Minister Ashok Gehlot, who inaugurated the ambitious Indira Rasoi Yojana on August 20, said here on Saturday it would fulfil the State government’s promise of “no one sleeps hungry”. “Our aim is not just to feed the hungry and eradicate malnutrition… We wish to realise the World Food Day’s theme this year to grow, nourish and sustain together,” Mr. Gehlot said.

While the Chief Minister said the scheme had ensured supply of healthy and nutritious food during the pandemic, the Local Self-Government department released the distribution figures on Saturday. Since August 20, food has been distributed to 1.33 lakh persons per day in the urban local bodies benefiting 50.30 lakh persons across the State.

Though each plate is priced at ₹20, the State government provides a subsidy of ₹12 per meal, bringing down the price to ₹8 for the beneficiaries at 358 distribution centres.

Each plate serves 100 grams of pulses and vegetables each, 250 grams of chapati and pickles. A special app has been created for monitoring the food quality, while the local voluntary organisations have been roped in for establishing the centres near the places such as bus stands, railway stations and hospitals.

The previous BJP regime had also launched a subsidised meal scheme, Annapurna Rasoi Yojana, in December 2016, offering breakfast and lunch for ₹5 and ₹8 respectively on the lines of Tamil Nadu’s Amma Unavagam (mother’s canteen). The Congress government had scrapped it.

Unlike the Annapurna Yojana, arrangements have been made for seating of people and serving them food under the Indira Rasoi Yojana. The menu is decided as per the local taste at each place.